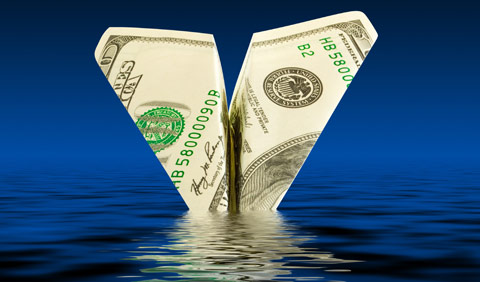 We’ve recently reported that China is preparing for something very big in currency markets this October. We then learned that economic models from two very well known financial forecasters are predicting that governments around the world will run into serious problems starting around October 2nd of this year. Those forecasts come on the heels of a warning issued by economic analyst Michael Snyder who says that a financial collapse is imminent within the next six months.

A wide body of evidence suggests that something is in the works as economic numbers around the world are revealed to be nothing short of pure conjecture. Yet, despite the clearly disastrous direction in which the world is trending, politicians and media pundits maintain that whatever contagion existed has now been contained.

But a shocking report from Zero Hedge suggests otherwise. According to one of the world’s leading financial web sites, major banking institutions like JP Morgan Chase and Goldman Sachs have been left speechless after the release of new data coming out of China. The news isn’t necessarily that China just reported a massive increase in its gold holdings of some 600 tons, but rather, that they have actively dumped hundreds of billions of dollars worth of U.S. Treasuries over the last 15 months, with some $224 billion having been offloaded in just the last 90 days.

This has led many to speculate that the end for the world’s reserve currency is nigh.

On Friday, alongside China’s announcement that it had bought over 600 tons of gold in “one month”, the PBOC released another very important data point: its total foreign exchange reserves, which declined by $17.3 billion to $3,694 billion.

We then put China’s change in FX reserves alongside the total Treasury holdings of China and its “anonymous” offshore Treasury dealer Euroclear (aka “Belgium”) as released by TIC, and found that the dramatic relationship which we first discovered back in May, has persisted – namely virtually the entire delta in Chinese FX reserves come via China’s US Treasury holdings. As in they are being aggressively sold, to the tune of $107 billion in Treasury sales so far in 2015.

This brings the cumulative capital outflow over the past five quarters to $520bn. Again, we approximate capital flow from the change in FX reserves minus the current account balance for each previous quarter to arrive at this estimate (Figure 2).

Incidentally, $520 billion is roughly triple what implied Treasury sales would suggest as China’s capital outflow, meaning that China is also liquidating some other USD-denominated asset(s) at a feverish pace. So far we do not know which, but the chart above and the magnitude of the Chinese capital outflow is certainly the biggest story surrounding the world’s most populous nation: what is happening in its stock market is just a diversion.

Net capital outflows might conceivably have run around -$200bn, an acceleration from Q1 and beyond anything seen historically.

Granted, this is smaller than JPM’s $520 billion number but this also captures a far shorter time period. Annualizing a $224 billion outflow in one quarter would lead to an unprecedented $1 trillion capital outflow out of China for the year. Needless to say, a capital exodus of that pace and magnitude would suggest that something is very, very wrong with not only China’s economy, but its capital markets, and last but not least, its capital controls, which prohibit any substantial outbound capital flight (at least for ordinary people, the Politburo is clearly exempt from the regulations for the “common folk”).

Forget about what stock markets are doing because, as noted, that is just a diversion. Focus instead on the bond markets, which are massive in comparison to stocks.

As we can see, China is actively and rapidly dumping U.S. dollars, with the last three months accounting for nearly half of that sell-off.

This is not a sign of a stabilized global marketplace and we may well be witnessing the beginning of a massive worldwide collapse of the current economic, financial and monetary paradigm. We certainly don’t expect this to happen overnight, but as we’ve noted previously, we are on the cusp of an unprecedented event in world history.

According to analyst Greg Mannarino it was all this excess debt that made “infinite” economic growth possible. But when that debt bubble finally does burst – and we may be seeing the beginnings of it with the Chinese sell-off of U.S. dollar denominated assets – we’ll also see a bursting of the population bubble:

Source: Millions Upon Millions Will Die…

The real possibility of this event coming to pass is what is driving not just the government to prepare for widespread economic collapse scenarios and the civil unrest that will follow, but has also sent the world’s elite scrambling to hideaways and bunkers in an effort to avoid the inevitable violence that erupts when resource shortages become the norm.

For those who have yet to take steps to prepare for disaster, we point your attention to Greece, where a similar event has happened on a smaller scale. Things have gotten so bad that Greeks are dumpster diving for food and standing in hours-long lines just to get a government-approved $75 withdrawal out of their ATM.

Most people – about 99% at last count – have failed to prepare for even minor disruptions such as those in Greece.

As The Prepper’s Blueprint author Tess Pennington notes, it won’t take much to upend society and just like Greece, if the debt bubble does burst it will have a direct and immediate impact on the normal flow of commerce:

Collectively speaking, most Americans take for granted the system in place to deliver essential supplies to their area. “The system,” an underlying infrastructure that keeps goods, services and commerce in America flowing creates a sense of normalcy and order. Food, water, gasoline and medications are just a few of the items restocked weekly in order for our dependent society to maintain a steady flow. What many fail to grasp is just how fragile the system is and just how quickly it can collapse.

The report goes on to explain that consumer fear and panic will exacerbate shortages. News of a truck stoppage—whether on the local level, state or regional level, or nationwide—will spur hoarding and drastic increases in consumer purchases of essential goods. Shortages will materialize quickly and could lead to civil unrest.

Source: When the Trucks Stop Deliver The System Will Collapse

Transportation systems are just one part of a critical chain dependent specifically on the availability of credit. Should that credit be disrupted because of currency upheaval or economic collapse, we could well face Greece on a massive scale across America, complete with all the violence that results when people have been driven to the breaking point.

The takeaway from the latest revelations coming out of China?

It’s simple. Prepare for the imminent collapse of our current paradigm. Failure to do so will leave you and those you love literally fighting over garbage scraps.

Consequences of Collapse: Access to Critical Medicines Is Disappearing in Greece

The Prepper’s Blueprint: Step-By-Step Guide To Prepare For Any Disaster