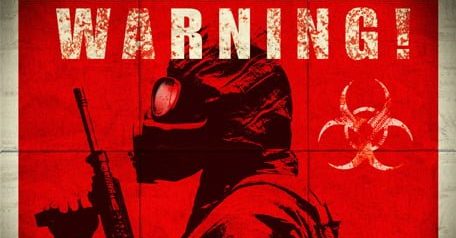 This article was originally published by Mike Adams at Natural News under the title: SHOCK CLAIM: China has Released Another Bioweapon During the Olympic Games…A Hemorrhagic Fever Virus… Here’s Nutritional Info on What May BLOCK it in Your Blood. 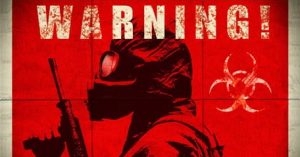 In a bombshell interview with JD Rucker (see below), former Hong Kong virologist and CCP whistleblower Dr. Li-Meng Yan — who was right all along about the gain-of-function origins of SARS-CoV-2 — has publicly alleged that the CCP and PLA are releasing a new, engineered bioweapon onto athletes and participants at the Beijing Olympic games. This deliberate release, says Dr. Yan, is timed to infect participants from dozens of countries around the world who will then unknowingly transport hemorrhagic fever to their home countries, unleashing another wave of a global pandemic.

Go to the 42:00 mark in the following video from JD Rucker, which has been hosted on both Rumble and Brighteon, to hear Dr. Yan explaining this in detail. JD Rucker is found on Substack.com.

Dr. Yan has also explained this in a public tweet as follows:

@MalcolmOutLoud: Once CCP released new Unrestricted Bioweapon to ?? athletes in Winter Olympic, is quarantine helpful?
Me: Must well-prepared(esp. anti-viral hemorrhagic fever). But CCP could infect other participants, then spread it ?, as how #COVID got ?? via ??-Italy pathway https://t.co/KdohlgAhG6

According to Creative Destruction Media, “Well-placed sources have informed CDMedia that the armed forces of the Chinese Communist Party, the People’s Liberation Army, have launched another virus on its own people during the Olympics in Beijing, in order for athletes and diplomats to return home and infect the rest of the world, particularly the West.”

CDM also explains how the virus has been engineered to extend its incubation time for maximum global impact:

The virus has been altered inside a laboratory to make the incubation period longer than usual, now suspected at 3-4 weeks, in order to allow visitors to Beijing to return home with no symptoms during transit… The virus is said to be highly transmissible and causes bleeding through multiple orifices of the body, even the skin.

What’s fascinating here is that, according to Dr. Yan, the CCP is already aware of an antidote to their new hemorrhagic fever bioweapon, and they are actively hoarding the Johnson & Johnson drug that serves this function.

According to Dr. Yan’s sources, the drug is known as Darzalex (daratumumab), and it is very expensive and somewhat uncommon. It has nowhere near the wide availability of ivermectin.

The drug works by targeting the CD38 glycoprotein which is over-expressed in multiple myeloma patients. It is believed that the engineered hemorrhagic fever bioweapon causes a tidal wave of CD38 production in the body, interfering with immune function and causing sudden cell death (among other problems).

From the Science Direct page on CD38:

CD38 is type II membrane glycoprotein that plays a role in cell adhesion, migration, and signal transduction. Additionally, CD38 is an ectoenzyme involved in generation of nucleotide metabolites, such as ADP-Ribose (Lee, 2006). CD38 expression is highly upregulated on human plasma cells and especially on MM cells.

From the NIH / PubMed site, here’s a study describing how the J&J drug targets the CD38 glycoprotein and treats multiple myeloma cancer:

The relationship between CD38 and NAD+

Although this is a simplification, there is a relationship in every human body between CD38 — the “bad” protein” — and NAD+ — the “good” molecule. NAD+ stands for nicotinamide adenine dinucleotide.

To put it simply, when NAD+ levels are too low, it causes an over-expression of CD38. Higher levels of CD38 lead to inflammation and cell malfunctions while also suppressing NAD+, leading to a self-reinforcing spiral into inflammation, aging, lack of cellular energy and other health problems.

Dr. J.E. Williams, a complementary medicine and an anti-aging doctor has an excellent article explaining the dynamics of all this. It’s called, “How to reach the 100-year life with NAD+“.

I cover his article and recommendations in detail in today’s Situation Update podcast (below).

The amazing lifesaving secret of anthocyanins – which you can grow yourself

One of the key strategies Dr. Williams reveals is how to suppress CD38 production using anthocyanins, which are pigmentation molecules found in foods and herbs. When looking at fresh produce and plants, almost any plant with a dark red, dark blue, or blackish-looking color is filled with anthocyanins, which are in a class of functional plant molecules known as flavonoids.

Black currant, blackberries, raspberries, blueberries, red cabbage, purple corn, and other similar plants with strong color pigmentation are all functional, medicinal plants. As I point out in my podcast below — which really is one of the most important I’ve ever published — you can also grow your own anthocyanins using off-grid, non-electric hydroponic grow systems that use no electricity or moving parts. By simply planting red cabbage, red oak leaf lettuce, eggplant, or other types of fruits or vegetables, you will benefit from Mother Nature’s manufacturing of anthocyanins, which you can eat as natural medicine (let thy food be thy medicine).

In theory — although this is not yet proven in clinical trials — a high intake of natural plant-based anthocyanins could halt the over-expression of CD38 upon exposure to a hemorrhagic fever virus or nanoparticle attack, thereby preventing death. This is a working theory, but it is a plausible theory rooted in nutritional science. Notably, there is no downside to consuming more anthocyanins, as they are widely documented to help prevent inflammation, cancer, neurodegenerative disorders, and many other diseases or health conditions. Therefore, there is no downside to the strategy of deliberately consuming more POC (Plants of Color) as a prophylactic (prevention) strategy against the possibility of exposure to China’s new biological weapon.

In addition to anthocyanins sourced from common foods, Dr. Williams suggests some other plant-based molecules that may be useful at suppressing CD38 levels in the body:

Taxifolin is the flavonoid antioxidant dihydroquercetin. It inhibits cancer cells, lowers inflammation, and is useful in the treatment of cardiovascular and chronic liver disease.

Luteolin is another flavonoid found in plants and medicinal herbs. It lowers inflammation, has anti-cancer properties, and regulates estrogen metabolism.

Callistephin is the anthocyanin, a type of flavonoid that makes foods dark blue, like blueberries and wine grapes. And, pomegranates are good sources of callistephin.

As I note in my podcast below, all of these can be acquired by juicing fresh fruits and vegetables and consuming those raw, living juices. Remember that cooking anthocyanins can degrade/destroy those delicate molecules, so these must typically be consumed in their raw forms. This is one of the key advantages of a raw food lifestyle (i.e. David Wolfe, an expert in raw foods, has spent decades teaching people about these benefits, and he’s correct).

Note that anthocyanins are also present in acai berries and many different berry varieties. Related molecules known as phycocyanins are found in huge quantities in some species of microalgae such as spirulina. The Hawaii-based company known as “Cyanotech” — which supplies astaxanthin and spirulina to the dietary supplements industry — is based on the very high presence of phycocyanins in spirulina. (I toured the Cyanotech facility many years ago and saw their lab where they extracted the phycocyanins to make medical dyes used in medical imaging applications.)

The word root “cyan” refers to the bluish color. So the word “anthocyanins” is based on the idea of blue color molecules. The color indicates many things about its functional use in human health.

If you want to read up on all this, here’s a scientific article published in 2017 and carried by the National Library of Medicine: Anthocyanidins and anthocyanins: colored pigments as food, pharmaceutical ingredients, and the potential health benefits.

From that study abstract:

Anthocyanins are colored water-soluble pigments belonging to the phenolic group. The pigments are in glycosylated forms. Anthocyanins responsible for the colors, red, purple, and blue, are in fruits and vegetables. Berries, currants, grapes, and some tropical fruits have high anthocyanins content. Red to purplish blue-colored leafy vegetables, grains, roots, and tubers are the edible vegetables that contain a high level of anthocyanins. Among the anthocyanin pigments, cyanidin-3-glucoside is the major anthocyanin found in most of the plants.

Note that all these molecules are water-soluble, meaning if you’re dehydrated or don’t have good cellular hydration metabolism in place, your body won’t be able to distribute these molecules to where they’re needed. Proper hydration is critical to the distribution of these functional molecules throughout your body. I recently interviewed Energized Health founders John and Chelsea Jubilee who are experts in cellular hydration and have a health coaching program that teaches people how to dramatically improve intracellular hydration. You can see that video interview at this link. (Disclaimer: Energized Health is a sponsor of Brighteon.TV)

The bottom line: Prepare for a new global outbreak of hemorrhagic fever, and prepare yourself using knowledge of nutrition

If Dr. Yan is correct, our world is about to be subjected to something akin to “COVID 2.0” — but far worse if it’s an engineered hemorrhagic fever bioweapon.

Unlike the case with covid, there’s no simple, low-cost, widely-available drug that we know of which will prevent 80% of deaths (or even close to that). Ivermectin has saved countless lives in the context of covid, but ivermectin is not effective against hemorrhagic fever (at least not that we know of).

This underscores the importance of nutritional preparedness — getting your body’s terrain ready for an onslaught of aggressive, deadly nanoparticles or “virus” strains which are apparently being deployed against humanity in an escalation of the global war against the human race.

With covid, those who died the quickest were those with comorbidity factors such as high blood pressure, diabetes, and respiratory conditions. When it comes to hemorrhagic fever attacks, it may turn out that those who have poor nutrition and who live on processed, nutrient-depleted foods may be the most vulnerable.

EDITOR’S NOTE: IF this proves true, imagine the devastation to those who have taken the COVID vaccines only to see their immune system degraded to the point of AIDS. Stay alert and aware and use critical thinking. So far, this is “unverified” and yet, never put anything past the ruling class.

Mike Adams’ update, however, could help those who want to prepare for this bioweapon release, just in case. The drug to help treat hemorrhagic fever is rare and expensive. Instead, look to store foods and natural alternatives to this drug: