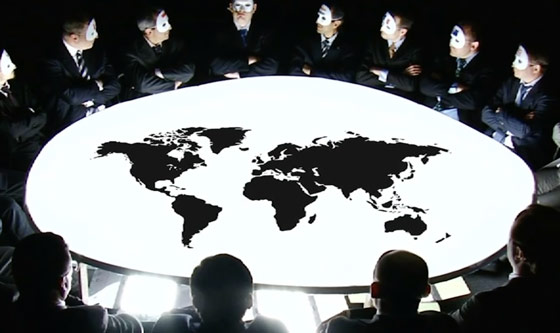 According to one Senator, president Donald Trump was forced to speak negatively about Russia by the deep state.  Trump’s brief mention of Russia in his State of the Union address means he doesn’t want a confrontation, but he also wants to “placate the hawks,” said Senator Richard Black from Virginia.

Senator Black said he believes that Russia as well as China receiving only one mention in the 90-minute address is not a coincidence. Black argued that president “Trump was forced to refer to China and Russia in negative terms, but he moved on quickly.”

Most of the mainstream media immediately jumped to accuse Trump of being too soft on Moscow in comparison to his predecessor, Barack Obama, who went on a sanctions crusade against Russia late in his term. Black said that while Trump may not give up on his intention to improve relations with Moscow, it was impossible to make any forward progress thanks to a “deep state” that “conspired to drive a wedge between us.”

According to RT, by initiating a probe into “concocted allegations of Russia collusion” between Moscow and the Trump campaign team, led by special councilor Robert Muller, “they blocked President Trump from moving closer to Russia, as he wanted to do,” Black argued. “I do not believe he personally wants to raise tensions with either Russia or China,” the senator said, adding that the decision by the White House to hold off on sanctions against Russia under the Countering America’s Adversaries Through Sanctions Act [CAATSA] have “angered the War Hawks.”  This decision has also upset the mainstream media (the US’s propaganda arm as well.)

According to Black, Trump succumbed to pressure from the war hawks in the deep state too. This was evident when he announced the US would be beefing up the US military presence in Afghanistan in August.

“Trump was reportedly angered by his staff’s recommendation to expand the war by sending 4,000 additional troops. But the war hawks prevailed and we continue to waste men and treasure on that ill-fated venture,” Black said.

Contrary to US leader’s assurance that “in the end, we will win” in a protracted Afghan war, the Senator said he believes that “over time, the US is unlikely to experience any greater success” than the British Empire and the Soviet Union, which were both stuck in Afghanistan for years. – RT

The deep state’s propaganda arm, the mainstream media, assures the public that there is no “deep state” and it’s all just a conspiracy theory.