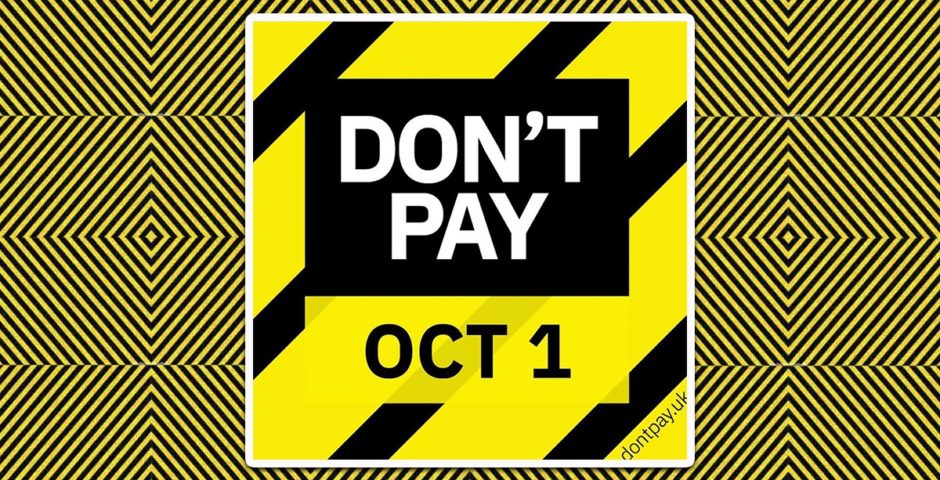 As a way to protest the soaring inflation and energy costs, around 75,000 Brits are going to refuse to pay their energy bills. Is this a sign of a revolution against central banks and the governments that help them destroy the public?

“75,000 people have pledged to strike on October 1st! If the government & energy companies refuse to act then ordinary people will! Together we can enforce a fair price and affordable energy for all,” tweeted “Don’t Pay UK,” an anonymous group spearheading the effort to have more than one million Brits boycott paying their power bill by Oct. 1.

If the government & energy companies refuse to act then ordinary people will!

Together we can enforce a fair price and affordable energy for all.https://t.co/RYOlAVoLqd #dontpayuk pic.twitter.com/HeF4RiOVVH

The strike comes as an inflation storm of high energy prices has obliterated household incomes. Brits are the most miserable in three decades as inflation is expected to hit 13%. And while Bank of England (BoE) Governor Andrew Bailey hiked interest rates the most in 27 years to tame inflation, risks are mounting of a recession, reported ZeroHedge.

UK financial journalist and broadcaster Martin Lewis had this to say about the strike:

“I think I can categorise it more accurately now, the big movement that I am seeing is an increase of growth in people calling for a non-payment of energy bills, mass non-payment. Effectively a consumer strike on energy bills and getting rid of the legitimacy of paying that.

“We are getting close to a Poll Tax moment on energy bills coming into October and we need the Government to get a handle on that, because once it starts becoming socially acceptable not to pay energy bills people will stop paying energy bills and you’re not going to cut everyone off.”

But they could cut everyone off. While this is a great first step, it won’t go far. For real results, all humans everywhere should quit paying any taxes, That’s a situation where if we stand together, they can’t come for all of us. It’s actually interesting that no one has suggested this yet and we keep seeing these small little protests that won’t have much of an effect on the ruling class.

“This is highly irresponsible messaging, which ultimately will only push up prices for everyone else and affect personal credit ratings,” a government spokesperson was quoted by The Independent.

Perhaps the movement’s involvement will be an excellent proxy for the growing discontent festering among many on the planet right now. All of the different issues could come together at any time and result in civil unrest.   As winter creeps up on us, millions will struggle with keeping the lights on, the furnace hot, and putting food on the table. Not to mention the possibility of yet another major war, outbreak, or mandated injection.