Retail Apocalypse Worsens: 2019 Is Going To Be A VERY BAD YEAR For Retail 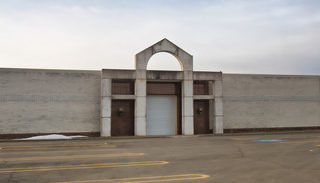 The first quarter of the year has just come to a close, and retail has already lost 41,000 jobs for the year, and that doesn’t even include March’s numbers. The retail apocalypse has not yet come to a head, and the abysmal job numbers in February won’t help make up for the loss in jobs. The economy is headed for a very rough patch.

When broken down, the job losses are what sticks out as damaging to the everyday American. The numbers show 92% more retail job losses than the number of retail jobs lost during the same period of 2018, which was worse than in 2017. Meaning this is all going to get much worse by the end of 2019.

The apocalypse is ongoing, as more stores evaporate. Lifeway Christian Bookstores announced last week that it would be closing the doors of all 170 brick and mortar stores, in a pivot to focusing on digital and e-commerce. “The decision to close our local stores is a difficult one,” said Lifeway Chief Executive Officer Brad Waggoner. “While we had hoped to keep some stores open, current market projections show this is no longer a viable option.”

“This is significant, and marks an acceleration of store closures and job cuts in the near term,” said Mark Hamrick, a senior economic analyst at Bankrate. “Retail is ground zero for seeing the shifts of change in our lives.”

Malls which were once bustling have begun to look like post-apocalyptic war zones. “In the post-digital era, only the strong will survive. Darwin would love this,” said one retail analyst, according to CNBC News. But most of the stores closing did this to themselves.  They racked up massive amounts of debt that they would never be able to repay. And it isn’t just online retailers like Amazon that are pushing brick and mortar stores to close.

Consumers have reached their max. Americans are at the point where they cannot borrow much more money.  Putting a pair of shoes on a credit card is no longer possible for those maxed out and living paycheck to paycheck.

Modern-day retail is at a crossroads as retailers face struggling physical storefronts, massive debt, and inefficient operations, among other issues.