Researchers Discover That Social Media Posts Can Be Used To Predict Riots, Revolutions, And Even The Weather 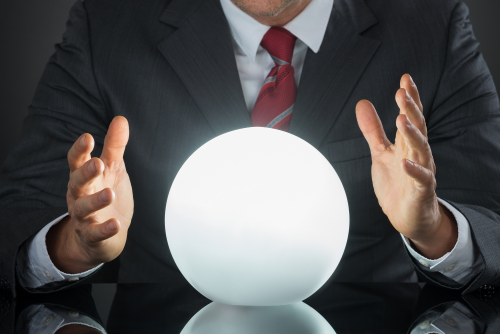 In a paper that’s just been published on Arxiv, the team of researchers found that social media can be used to “detect and predict offline events”.

Twitter analysis can accurately predict civil unrest, for instance, because people use certain hashtags to discuss issues online before their anger bubbles over into the real world.

The most famous example of this came during the Arab Spring, when clear signs of the impending protests and unrest were found on social networks days before people took to the streets.

A system called EMBERS (Early Model Based Event Recognition using Surrogates) has also yielded “impressive results” not just in “detecting events, but in detecting specific properties of those events”.

It has been used to predict unrest in South America, forecasting events with 80 per cent accuracy in Brazil and a slightly underwhelming 50 per cent in Venezuela.

Another study showed “impressive” results in detecting “civil unrest” linked to the Black Lives Matter group, which formed in America in response to police shootings.

And that’s not all. The researchers found that social media posts could be used to predict the weather, disease outbreaks, future crimes, and the mental health of individual social media users.

So we should probably ask ourselves, is the government using this kind of technology? Because the vast troves of personal data that is collected by the NSA every day could be used to make very accurate predictions. It’s one thing to plug publicly available social media posts into predictive software, but the government has access to all of our personal emails, phone calls, search histories, and even our online purchases.

When you combine that data with social media posts, you can make a very sophisticated profile of any individual, because you know what kind of persona they’re trying to project in public, and you know who they really are on the inside. And if you have access to internet histories from hundreds of millions of people, as well as advanced supercomputers, there’s no telling what you could predict.

Make not mistake, this isn’t science-fiction. There are private companies working for the government right now who are creating powerful computer forecasting programs.

It is called the “Sentient World Simulation.” The program’s aim, according to its creator, is to be a “continuously running, continually updated mirror model of the real world that can be used to predict and evaluate future events and courses of action.” In practical terms that equates to a computer simulation of the planet complete with billions of “nodes” representing every person on the earth.

The project is based out of Purdue University in Indiana at the Synthetic Environment for Analysis and Simulations Laboaratory. It is led by Alok Chaturvedi, who in addition to heading up the Purdue lab also makes the project commercially available via his private company, Simulex, Inc. which boasts an array of government clients, including the Department of Defense and the Department of Justice, as well as private sector clients like Eli Lilly and Lockheed Martin.

Chatruvedi’s ambition is to create reliable forecasts of future world events based on imagined scenarios. In order to do this, the simulations “gobble up breaking news, census data, economic indicators, and climactic events in the real world, along with proprietary information such as military intelligence.” Although not explicitly stated, the very type of data on digital communications and transactions now being gobbled up by the NSA, DHS and other government agencies make ideal data for creating reliable models of every individuals’ habits, preferences and behaviors that could be used to fine-tune these simulations and give more reliable results…

If anything, that may be the real purpose of the NSA. When you think about it, it makes a lot more sense than what the government claims this technology is used for, which is to stop terrorism. Are they really spending billions of dollars on a massive surveillance grid just to stop a handful of terrorist attacks? Or are they really trying to predict major global events?