Preview Of World War III? Russia Is Putting On A Display Of Firepower That Is Shocking The World 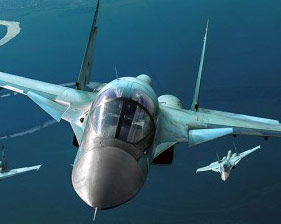 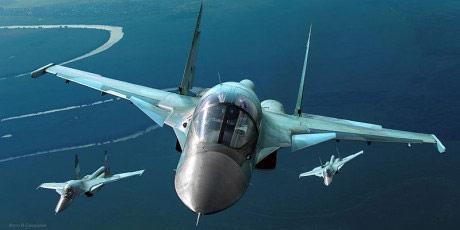 The Russians have unleashed their own version of “shock and awe” in Syria, and the brutal efficiency of their airstrikes against ISIS targets has stunned many observers around the globe.  For more than a year, the Obama administration has claimed that its bombing campaign in Syria has been a “success”, and yet ISIS has continued to grow stronger and gain more territory.  But now just over a few days the tide of the conflict appears to have turned.  The whole world has gotten a chance to see what a global superpower can truly do to a bunch of radical Islamic terrorists when it is focused and determined.  The images that we have seen of hardened ISIS command centers being wiped off the face of the map by Russian bombs are truly impressive.  But why did those targets still exist in the first place?  Was the U.S. military unable to identify them previously?  Or could it be possible that the Obama administration did not want to hit them?

What we do know is that a state of panic has been created among ISIS militants that we have not seen previously.  There are reports of hundreds of terrorists abandoning their positions and trying to flee the country…

Summing up the results of Russia’s first three days of strikes, a senior official with the General Staff said Russian jets had made more than 60 sorties over 50 IS targets and added that Russia would ramp up its aerial campaign.

“Our intelligence shows that militants are leaving areas under their control. Panic and desertion have started in their ranks,” Colonel General Andrei Kartapolov, a senior Russian General Staff official, said in a statement.

“Some 600 mercenaries have abandoned their positions and are trying to find their way into Europe,” Kartapolov said.

Of course the mainstream media in the United States is downplaying the effectiveness of these attacks.  The Obama administration is very much against these Russian airstrikes, and it is quite an embarrassment to the U.S. that the Russians are doing what we were either unwilling or unable to do.

You can witness video footage from some of these bombings right here and right here.  In recent years the Russian military has been rapidly modernized, and now they are displaying their might for all the world to see.  The following is how one particular attack was described in the Daily Mail…

‘The sound of the rocket was extremely frightening. Then a huge explosion happened in front of my eyes. I’ve never seen anything like it before in Talbiseh. The scale was far worse than anything the Syrians have done. The destruction was huge and horrible. Buildings were destroyed completely. And streets just disappeared under clouds of dust and rubble as the walls fell.’

These Russian airstrikes are intended to pave the way for ground assaults by Syrian and Iranian troops.  If ISIS begins to lose a lot of territory inside Syria in the coming weeks, a lot of people are going to have some very serious questions regarding why previous U.S. attempts were seemingly so unsuccessful.  The following comes from Zero Hedge…

Now obviously one must consider the source here, but Kremlin spin tactics aside, one cannot help but be amazed with the pace at which this is apparently unfolding. If any of the above is even close to accurate, it means that Russia is on schedule to declare victory over ISIS (and everyone else it looks like) in a matter of weeks, which would not only be extremely embarrassing for Washington, but would also effectively prove that the US has never truly embarked on an honest effort to rid Syria of the extremist groups the Western media claims are the scourge of humanity.

Inside Russia, these airstrikes are proving to be extremely popular.

Unlike the war-weary U.S. public, Russian citizens are relishing the opportunity to be proud of their military, and Russian media outlets are loudly trumpeting the efficiency of these airstrikes…

Channel One’s evening news program on Saturday opened with dramatic cockpit videos of Russian jets making what were described as direct hits on terrorist training camps and weapons stores. The bombs were never off by more than five meters, a military spokesman said, because of the jets’ advanced targeting capabilities.

One popular Russian commentator even suggested that what is going on in Syria shows that in contrast to Barack Obama, Vladimir Putin is “a real man”…

Political commentator Yulia Latynina said Russia wants to see the destruction of the Islamic State of Iraq and Syria (ISIS). “Only this will allow Putin to achieve the desired result, to show Obama how he, Putin, a real man, succeeded where Obama was disgraced,” she said in her program Saturday night on Ekho Moskvy radio.

I had to smile when I first read that.  Without a doubt, this entire episode is making the Obama administration look rather pathetic.

For weeks, Obama seemed to have little idea what the Russians intended to do in Syria.  And now that the Russians are bombing the living daylights out of ISIS, the best that Obama can do is whine loudly about it.

The Russians appear to be succeeding where Obama failed, and this has put the U.S. government in a very precarious position in the Middle East.  After seeing the Russians have such success inside Syria, the president of Iraq is now considering asking the Russians to conduct a similar campaign inside his own nation…

One day after launching a campaign of airstrikes in Syria, Russia announced that it was considering going into Iraq.

A foreign ministry representative said Thursday that Russia would consider any request from Iraq to conduct anti-ISIS airstrikes in the country, and Iraqi President Haider al-Abadi told Western news outlets that Russian airstrikes were “a possibility” and that Iraq would “welcome it.”

Of course the truth is that the U.S. could have dealt a decisive blow to ISIS long ago if it truly wanted to.

The Obama administration was hoping that some combination of ISIS and other Islamic terror groups would ultimately topple Assad and bring about regime change in Syria.

Now that appears very unlikely to ever happen, and the Russians have greatly strengthened their hand in the Middle East.

So what will Obama’s next move be?

Nobody knows for sure, but it will almost certainly be the wrong one.