Prepare For Cost Increases: Americans Warned Prices Will Jump Up 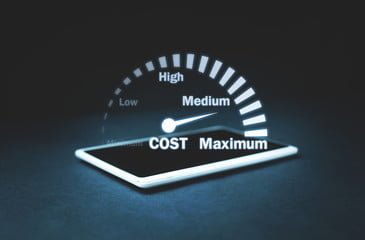 The Retail Industry Leaders Association (RILA), a retail trade group, is warning Americans to prepare themselves for a price increase on items such as phones, car seats, and toys. The goods that would be impacted the most are those with the highest share of sourcing from China, RILA said in a letter to United States Trade Representative Robert Lighthizer.

The U.S. is looking to ramp up an already devastating trade war with China by applying more tariffs to another $300 billion worth of Chinese goods.  Businesses and everyday Americans are rejecting this policy as they will suffer the blow, not the Chinese. The new tariffs would hit many goods that haven’t yet been targeted in President Donald Trump’s trade war with China, including apparel, footwear, and toys. Americans have already been footing the bill for this ridiculous war on the free market, and it looks like it’ll get worse if the government has anything to say about it.  Consumers are about to bit hard again, and 78% of them are living paycheck to paycheck.

Trump’s reelection chances continue to degrade as he punishes Americans under the false guise of taxing the Chinese. The numbers don’t lie, and Americans are paying these tariffs, not the Chinese.

“The risk of rising prices means lower sales, which could result in layoffs and store closures,” RILA wrote in a letter dated Monday that was addressed to US Trade Representative Robert Lighthizer. “The ripple effect of these tariffs will be felt in every sector of the American economy,” according to Business Insider.

This is something many have warned about from the beginning. There is plenty of evidence that shows the economy both in the U.S. and globally is in a precarious situation and things are not nearly as “robust” as we are being led to believe.  A list of the products affected (either because they come from China or the materials to make them do) was published by Business Insider:

The best advice we’ve got on this one is to avoid buying anything that isn’t necessary. Obviously, if you aren’t spending the money, you aren’t paying for the tariffs.  But at some point, you will likely need to boost your bug out bag or replace a pair of boots, and it could take some diligent shopping around to make sure you’re getting the best deal. This has become a war on the American’s wallet regardless of what the government is saying.  Everyday people will pay for these new tariffs as they have already been paying the tax for over a year now.