Portland Mayor Refuses To Give Permit For Free Speech Rally: “Stay Away From Portland” 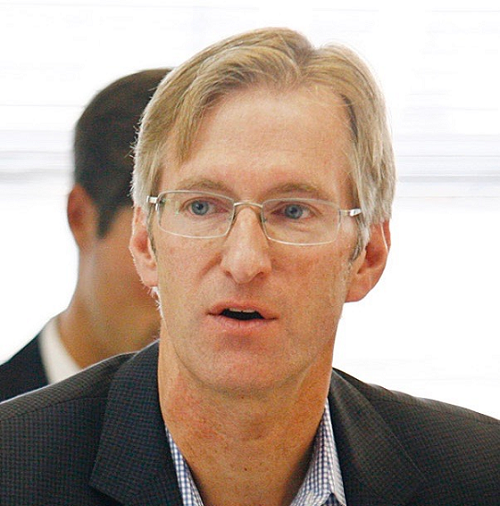 On Friday, two men were stabbed to death on a train in Portland. Their lives were ended at the hands of a man who was yelling at two young girls who appeared to be Muslim. The appropriate response to these kinds of events, is to condemn the attack and mourn the victims, before moving on with our lives.

But the mayor of Portland has responded by calling for a pro-Trump free speech rally to be canceled.

Portland Mayor Ted Wheeler has asked the federal government to revoke a permit for what he described as an alt-right demonstration planned Sunday at Terry Schrunk Plaza across from City Hall.

Wheeler also said the city will not issue permits for such events, and appealed to the organizers to cancel them. He asked the federal government not to issue a permit for a second event, an anti-Muslim march planned for June 10th.

“Our city is in mourning, our community’s anger is real, and the timing and subject of these events can only exacerbate an already difficult situation,” Wheeler wrote on Facebook, referring to the stabbing attack on a MAX train Friday that left two men dead and a third wounded. “I urge them to ask their supporters to stay away from Portland.”

This is so typical of the Left these days. Whether it’s gun control or free speech, they use every tragedy as an excuse to stifle our rights. And not only do they not respect our rights, they have a very misguided view on where our rights come from. That’s certainly the case with Mayor Wheeler.

The federal government has issued a permit for the free-speech rally Saturday and has yet to give a permit for an event June 10. The mayor says his main concern was participants “coming to peddle a message of hatred,” saying hate speech is not protected by the Constitution.

Somehow I doubt that this free speech protest is promoting hate, but in any case, the mayor’s comments ignore a much more important issue.

Perhaps Wheeler needs to go back to school, because hate speech is in fact protected by the First Amendment. It’s a fundamental right that only modern progressives seem to ignore.  You’ll hear plenty of leftists say things like “Where does free speech stop and hate speech begin?”

However, the First Amendment protects virtually all forms of speech that aren’t direct calls for violence. That’s a fact, and it isn’t up for debate. And because of that right, the government doesn’t get to revoke a permit for a peaceful protest, just because what the protesters are saying is somehow taboo or ill-timed.

This is America, not Canada or Europe, where subjectively hateful comments can result in fines or jail time. Free speech is crucial to a free and prosperous society, so whenever one of these liberals tries to leverage a tragedy to muzzle dissent, you know that they are showing their true colors. They clearly don’t want us to be free or prosperous.