Police State Insanity: Couple Arrested and Charged With Neglect After 11 Year Old Boy Found Playing Basketball By Himself In Backyard 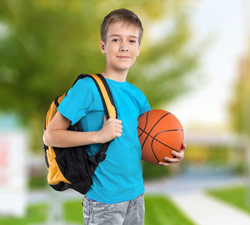 Editor’s Note: The following report originally published by Infowars demonstrates just how out of control and truly insane our country’s governing apparatus has become. For those with children, the story of this Florida couple and their 11-year old child is especially poignant, because as most parents probably understand, a child of that age is fully capable of sustaining himself for an hour and a half if they’re not around. In this case, the boy’s parents were unable to make it home in time due to unforseen circumstances. Because the boy couldn’t get into the house he did what most maturing pre-teens might do – he headed to his backyard to hang out until they got home. A “concerned” neighbor (we have lots of those in America today) called the police, because apparently it was too difficult for them to simply ask the kids why he was playing in his own backyard.

What happened next is every parent’s worst nightmare.

Take note, readers, because tomorrow it could be your children being kidnapped by force simply because you believe your child should be raised to be a responsible, independent individual capable of making his or her own decisions.

11 Year Old Boy Kidnapped By CPS, Parents Arrested, After He Played In Back Yard alone For 90 Minutes
By Steve Watson

A couple in Florida were arrested and charged with felony neglect after their 11-year-old son was left alone in the back yard playing basketball for 90 minutes. Furthermore, the child was taken from the parents and placed into foster care.

The remarkable story was related to the website Free Range Kids, which advocates raising children to be self reliant, rather than succumbing to the nanny state.

The boy found himself locked out of the family home in April, after the parents became stuck in traffic. A busy body neighbor decided that this was far too dangerous, and called the cops.

When the parents arrived home, they were put in handcuffs, strip searched, fingerprinted and subsequently held overnight in jail.

Meanwhile, the boy and his 4-year-old brother, who was not left alone at any time, were taken into the custody of police and handed to a relative.

It emerged that for 48 hours while the hand over was being sorted out, the children were only fed cereal, and were not encouraged to wash.

After a few weeks of not being able to see their kids, the couple discovered that the relative who was caring for them had had enough and was handing the children over to CPS, whose lawyers asked a judge to place the children in foster care.

When the case came to court, there was a back and forth argument between the CPS lawyer and the family’s legal representative that went on for hours. It was only when the 11-year-old boy spoke to the judge that sanity prevailed.

“He went back there and spoke to the judge for about ten minutes,” the mother told Free Range Kids.

“And then the judge came out and called the two lawyers to the bench and talked to them for about 10 or 15 minutes. And with that, our lawyer came to us and said that if we admitted that we didn’t know that it was wrong to [our son] stay in the backyard, but that we know now that it’s wrong and we will never let it happen again, and that we will explain this to our son, he would let the children come with us.”

The parents agreed to the terms and were allowed to take their children home, a month after the incident originally occurred.

The couple are now attending mandatory ‘parenting classes’ and having therapy, while the children are getting “play” therapy, and must attend mandatory day camps throughout the Summer, all at the behest of CPS.

Unlike last Summer, the kids will not be going to the beach or playing with their parents.

The parents are set to battle the felony charge in criminal court, and trying to get the entire case dropped.

As InfoWars has previously highlighted, cases like this are frequently occurring, and responsible parents who refuse to mollycoddle their children are being repeatedly targeted, and constantly living under the threat of losing their children to the State.

Steve Watson is a London based writer and editor for Alex Jones’ Infowars.com, and Prisonplanet.com. He has a Masters Degree in International Relations from the School of Politics at The University of Nottingham, and a Bachelor Of Arts Degree in Literature and Creative Writing from Nottingham Trent University.