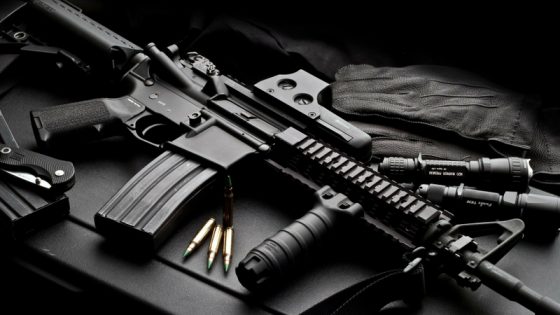 2012 was a devastating year for gun rights in America. Together, the Aurora shooting and the Sandy Hook shooting galvanized the gun control movement, leading to the passing of a slew of unconstitutional firearm laws across the country. Amid the Left’s panic over privately owned “assault” weapons that were used in these incidents, was the tragic case of Lonnie and Sandy Phillips. They were the parents of a woman who was killed by James Holmes. They responded by suing the popular ammunition supplier known as Lucky Gunner, because the company had sold Holmes ammunition that was used in the attack.

From the beginning, it was obvious that their lawsuit would go nowhere. There was no legal basis for it, because Lucky Gunner had done nothing illegal. In fact, the 2005 Protection of Lawful Commerce in Arms Act was put in place specifically to protect gun companies like Lucky Gunner from frivolous lawsuits like this. Simply put, gun companies can’t be held liable for the criminal actions of their customers, no more than a cutlery company can be sued by the victims of knife attacks.

So it’s no surprise that their case was recently thrown out by the courts. But not only was it thrown out, the couple has been ordered to pay Lucky Gunner’s $200,000 legal fees.

Sadly for Phillips and her husband, by acting on the Brady Campaign’s advice to file suit against the store, they have seriously damaged their own finances. After they sold their home and belongings in Texas to attend Holmes’s trial in Colorado — and then to travel around the country in a camper to advocate more gun control — their frivolous lawsuit finished them off. In throwing out the case, the judge ordered the family to pay Lucky Gunner’s legal fees — which totaled more than $200,000. Harsh as it may sound, this was fair and correct decision considering the underlying facts and the lack of any substance in the case.

Of course, you can probably expect the Leftists to jump on this case, and whine about how a wildly successful company is bankrupting a poor couple who challenged them in court after losing their daughter. But it’s important to keep in mind that not only does Lucky Gunner have the right to that money, they would be stupid to let it go. If they absorbed those legal fees, what message would it send? That anyone anyone could sue them for any silly reason, and not suffer any financial consequences. They would be inviting pointless lawsuits from gun control activists who wish to hurt the company.

We’ll probably never know why the Brady Campaign convinced Lonnie and Sandy to sue Lucky Gunner, but it sure looks like these people have been used and discarded. Based on recent statements made by Sandy, it doesn’t appear that they’re aware of that possibility. The Brady Campaign approached a grieving couple, told them to attempt a hopeless and politically charged lawsuit that raised the profile of the organization, and when they were saddled with massive legal fees, the Brady Campaign is nowhere to found. How convenient?