OUTBREAK: Sea Lice Reported On Florida’s Beaches, What We Know 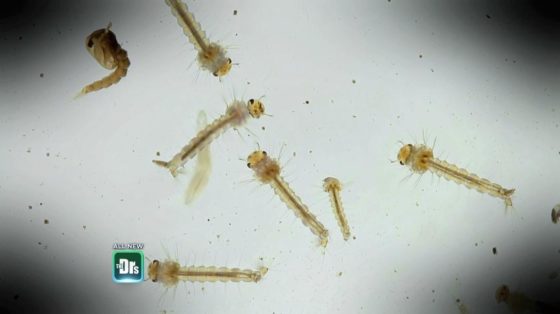 An outbreak of “sea lice” has been reported on Florida’s beaches.  The lice leave the skin itchy, bumpy, and red after a quick dip in the ocean.  Here’s what we know so far about this outbreak:

On Monday, lifeguards in Pensacola, Florida reported some mild cases of “sea lice” and hoisted purple flags to warn beachgoers, according to WEAR TV. In serious cases, people can experience flu-like symptoms such as fever, headache, chills, and nausea in addition to the red and itchy rash.

“Sea lice,” despite the name, is not actually lice. It’s a rash caused by miniature larvae of marine life — like jellyfish or sea anemones. The term refers to the condition caused by the larvae stings, more accurately called “Sea Bather’s Eruption,” according to ABC Action News.  Although scientists discourage the use of the term “sea lice” because it can cause confusion, the term became popular in the 1950s among locals who experienced the itchy rashes after swimming, according to the Florida Department of Health.  Scientists also say added confusion can come in because there is actually a parasite that only affects fish which also happens to be called “sea lice.”

These recent cases of Sea Bather’s Eruption have been reported along 250 miles of Florida’s southern Atlantic coastline for more than a century, according to the Florida Department of Health. Officials say cases peak from March through August and that shifting currents are to blame for the rash. Most outbreaks can be traced back to the larvae of the thimble jellyfish. They’re visible to the naked eye, but they virtually disappear when in the water making avoiding them is impossible.

Pressure and friction on the jellyfish larvae cause the stinging cells, known as nematocysts, to fire and trigger a reaction on the skin. The Florida Department of Health says that in order to limit the chance of a reaction, “Swimmers should avoid wearing t-shirts while in the ocean… There is some evidence that use of a topical sunscreen or suntan lotion may actually protect skin from penetration by the nematocysts.”

The rash is not life-threatening nor will it be likely to cause serious side effects, but care should be taken to mitigate the itching and pain. If stung by sea lice or other jellyfish, the National Institute of Health recommends applying vinegar to the skin to prevent further discharge of unfired nematocysts. People stung can treat the rash with antihistamines and over-the-counter hydrocortisone creams.