Orwell & Huxley’s WARNINGS To The World 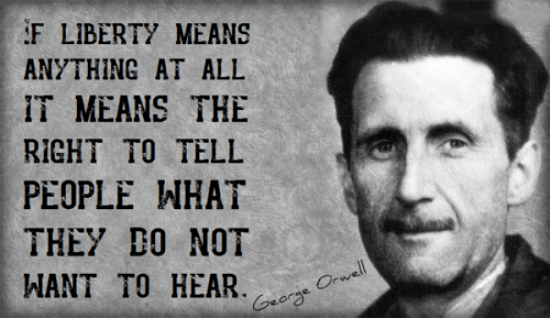 As George Orwell neared his death, he made one final warning to planet Earth and every human on it. Scarily, we are seeing human beings demand their own enslavement and that of others which was exactly what Orwell said would happen.

The woman interviewing Orwell from his death bed asked if he demonstrated that he had the ability to face some of these unpleasant facts. Orwell replied:

“I think that allowing for the book being after all a parody, something like 1984 could, actually happen. This is the direction the world is going in at the present time. In our world, there will be no emotions except fear, rage, triumph, and self basement. The sex instinct will be irradiated. We shall abolish the orgasm. There will be no loyalty except loyalty to the party (the government/ruling class) but always there will be the intoxication of power.

If you want a picture of the future, imagine a boot, stamping on a human face. Forever.”

Orwell’s eerie warning is coming to fruition right before our eyes and even “freedom-loving” Americans are allowing it, even cheering for it to happen. “The moral to be drawn from this dangerous situation is a simple one. Don’t let it happen. It depends on YOU,” Orwell said.

Yet we have people in the “land of the free” calling for martial law and the use of violence to put down dissent. We have violent people stealing, looting, and rioting to protest police violence.  We see people defend the military for firing on innocent people on their own porch.  We have people demanding free speech be eliminated because they don’t like what’s being said. We have people get outraged the second they read something that disagrees with the brainwashed bias in their mind (cognitive dissonance.) And we have a government and military all too ready to go to war with the American people in order to maintain control and eliminate every single right all humans are born with to usher in the New World Order. This is absolutely absurd, but it’s happening right before our eyes.

Aldous Huxley also tried to warn humanity of their fate:

Orwell and Huxley both said all basic human rights will be eliminated and slavery will prevail in one way or another. Mostly because humans cannot fathom functioning without a master, or ruler commanding them thanks to the brainwashing that has been highly effective.

“None are more hopelessly enslaved than those who falsely believe they are free.” – Johann Wolfgang von Goethe

“You shall know the truth, and the truth shall make you mad.” -Aldous Huxley

The solution is to realize what has been done to us.  We all need to wake up to the damage of giving anyone power over anyone else. Giving other humans power over other humans has never worked out well for those being controlled, and democracy has been no salvation. The argument over how big a government should be is one of “just how much slavery will the population tolerate.” 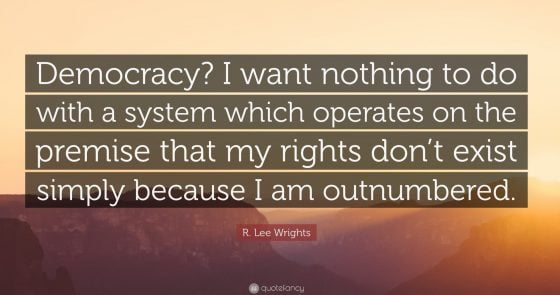 “So this is how liberty dies…with thunderous applause.”