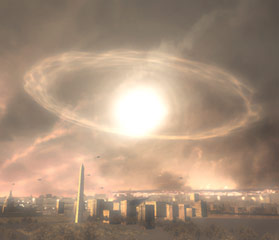 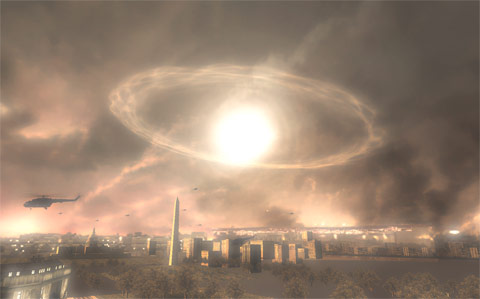 Readers, the situation in the Middle East becomes more volatile by the day with tensions running high between Syria and its allies, and the U.S./NATO forces that are gathered in the area and facing them off.  Just to state for the record, for those of you who have commented to the contrary, yours truly is well aware that the U.S. is conducting operations that are illegal regarding Syria and the established protocols for military operations in a foreign nation.  That foreign nation (Syria) has not invited the U.S. or its allies into the area.  This is essentially a battle between two ideologies, and the U.S. is not the “good guy” in this case, as ISIS is a creation of the State Department, the administration, and its operatives.

That being said, there is a certain amount of “deflection” of focus by the mainstream media in not reporting the worsening situation in Ukraine, the two Koreas, and between China and Japan.  The “sleeper” of the three is North Korea, which until a few years ago only had the capability of delivering a nuclear warhead to the United States by ox-drawn carts.  The last large assessment of North Korean nuclear capability was the 2009 Congressional hearing with Peter Vincent Pry, former analyst and nuclear arms expert with the Central Intelligence Agency.

Pry stated that North Korea was receiving assistance in developing its technology from China and Iran, and that purchases of ICBM’s and cruise missiles from Russia was a “high probability.”  The work with the Chinese and Iranian technicians involved the miniaturization of nuclear devices and the maximizing of their output regarding an EMP (Electromagnetic Pulse) weapon.  The worries of the Pentagon have been twofold: the development of an effective delivery system, and the effective miniaturization of an EMP for use either on one of the ICBM’s or on a satellite.

Kim Jong Un recently announced that North Korea will be conducting some underground nuclear tests, as well as an unspecified type of launch (either another missile test, or another satellite launch), all of which violates the treaties in place for nuclear testing.  Recently the U.S. military Northcom commander announced that North Korea does indeed have the capability of hitting the U.S.   Congressman Trent Franks (R-AZ) issued warnings that should an EMP attack befall the U.S., that 90% of our citizens would be lost over a two-year period.  Such losses would be due to starvation, unsanitary conditions because of loss of infrastructure, and attrition from murders and violence as the survivors battled one another for the necessities of life.

Apparently an assassination attempt was made on Kim Jong Un that was foiled.  As the details were sketchy at best, it is unknown whether or not this was attempted by the North Koreans, or one conducted by Kim himself, or by a foreign government.  The bottom line here is that the mainstream is not reporting what is happening in North Korea, as Syria has been made into the rogue nation, and Putin has been painted as the “Emmanuel Goldstein-type bogeyman” for the people to focus upon.

The biggest problems from an EMP strike would entail the loss of power to the nuclear power facilities to maintain their cooling capabilities within the reactors.  Such could lead to numerous meltdowns and the release of incalculable amounts of radiation.  In the event of main power losses, there would be generators that run on diesel to be relied upon to keep these reactors cool.  The problem would be supplying the generators (if they indeed were able to run) with diesel, once the trucking stops.

These events would be a major tool for the administration to be able to usher in Martial Law and finish the “fundamental transformation” of the U.S. into a completed prison.  As this is a forum to encourage discourse, anyone with in-depth knowledge of North Korean affairs is invited to share their knowledge here.  Such information will undoubtedly be more accurate than anything reported in the MSM on the Korean situation.  While the world focuses on the situation in Syria, it would not take much for Korea, Iran, or another nation to strike with an EMP.  Such would enable Obama and his handlers to realize their goals: the complete takedown of the U.S. and its transformation into a vassal state.