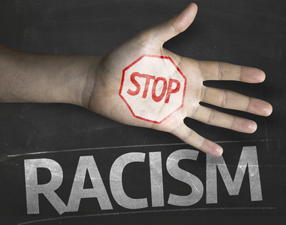 Earlier this week First Lady Michelle Obama urged schoolchildren to monitor their parents for racially insensitive comments because Federal laws can only go so far in stopping racism.

While we don’t have any racially insensitive incidents against African Americans to report at this time, maybe Mrs. Obama can assist us with the insensitive and racist actions taken by organizers of the annual White Privilege Conference held in Madison, Wisconsin.

According to Progressives Today, when a white student reporter attempted to enter a workshop being held at the conference he was escorted out of the area because his race was too offensive to other participants, the majority of whom were black.

The reason? An organizer told our investigator: “It can feel, for some people of color, unsafe. Not universally – like in your group everybody was fine, but for some people it can feel like, oh, I don’t … ”

“Because I was white they would feel unsafe?” our reporter asked as he was led out of the workshop.

“Exactly. Exactly,” the organizer said. “And it’s not because you’ve done anything. You seem like a perfectly fine person, but it’s because of experiences they’ve had with others.”

A promotional video entitled Lessons on Neo-Segregation says that the White Privilege Conference is an annual gathering of thousands of private and public educators, students and administrators from across the country. Their stated goal is to examine and confront what they see as “systemic race-based privilege in America.”

The video depicts numerous Caucasian individuals referred to as “White Allies” who provide some insight into how the organization defines racism and bigotry and how they indoctrinate children in American schools to believe that, if they are white, they were born with an unfair privilege. Moreover, the entire conference, attended by many of America’s public school teachers, stresses that Christianity is not a system of faith:

“A recurring theme at the White Privilege conference is the negative effects of European Christian culture. Christianity is presented not as a system of spiritual faith, but as an institutionalized system of social oppression like racism or sexism.”

White Ally: “The longer you are in the Tea Party, the more racist you become.”

8-year old White Ally: “White privilege is something white people have, meaning they have an advantage in a lot of things.”

“Racism is central to America.”

If someone disagrees with the policies of the Obama administration, or points out the black-on-black crime is much higher than white-on-black crime, they are often branded racists.

If you’re not a left leaning democrat and prefer to identify with the ideas of the Tea Party movement, guess what? Yep, you’re a racist.

Apparently, even being a Christian in America is now taboo and an instrumental part of America’s systemic racist culture.

It’s been a long time since we’ve seen a sign at a private business or gathering that says “Whites Only.”

This would, of course, cause a public outrage.

But when the tables are turned, and the segregation sign says “Blacks Only,” it is perfectly acceptable. 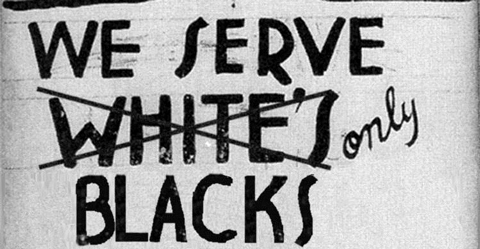 Merriam-Webster defines racism as poor treatment of or violence against people because of their race and racial prejudice or discrimination.

Though attendees of the White Privilege Conference claim that white people do not experience racism, the individual who was escorted out of the workshop because of the color of his skin was discriminated against solely because he is white.

What would we call that?

Probably not. According to the WPC it is perfectly justified because other attendees would feel uncomfortable in his presence.

But this article is most definitely racist.

And, I’m probably a racist. Chances are that you are too.

The racism in America is so systemic and widespread that someone should contact our first black President and let him know.