No One Is Talking About The Democrats’ LAND GRAB AGENDA 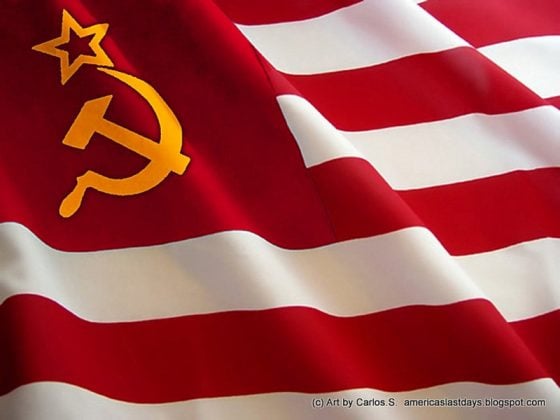 In a political move that seems as if it was pulled straight from the  Communist Manifesto, the latest cornerstone of freedom to fall victim to this appeasement campaign is none other than property rights. Mike Gravel, a former senator from Alaska and 2020 candidate, is currently selling “Private Property is Theft” yard signs to fund his campaign.

Meanwhile, as his tasteless catchphrase occupies the front yards of America (in a mesmerizing display of unintended irony), congressional Democrats are fighting to expand yet another government program in their attempt to bring more private land under federal control, according to the Washington Times.

Land grab schemes aren’t new by any means, however, what’s bold about this is that a politician is actively advocating that the government begin stealing land from individuals who have bought and paid for it.  In addition to the theft of their income, the government now thinks it has the authority to steal land.  When is enough, enough?

The answer is scary and simple: it won’t ever be enough for those who think they have authority over others and the power to do as they please. And it’s all done with lies and propaganda.

Earlier this summer, Democrats on the House Natural Resources Committee voted to mandate permanent spending of $900 million per year for the Land and Water Conservation Fund, which purportedly “safeguard[s] natural areas, water resources, and our cultural heritage, and [provides] recreation opportunities to all Americans.” In truth, the fund’s goal is to seize more of the 2.6 million acres of privately owned land that remain within national park boundaries. –Washington Times

Seizure/theft of private land by the government/authority is the cornerstone of Communism. Private property is not theft.  Stealing it from those who rightly own it is theft.  We have degraded so much morally as a society that this has to be explained to adults as if they are children.

At least most Americans still don’t want others to be stolen from (when it comes to property, but they’ll vote to have the government steal your money via taxation). A poll taken last year by the Institute of Justice found that more than three-quarters of Americans oppose civil asset forfeiture, a practice that allows law enforcement agencies to seize one’s private property prior without conviction of a crime.

As it turns out, Americans have every reason to be concerned over this issue and if they aren’t, they should be. Between 2001 and 2014, the net assets in the Justice Department and Treasury Department forfeiture funds jumped from $763 million to nearly $4.5 billion — a whopping 485 percent increase, according to data reported on by The Washington Times.

In Larken Rose’s book, The Most Dangerous Superstition

, Rose describes the one problem, which is nothing more than a steadfastly held belief, that causes the vast majority of violence and injustices in the world.

The root cause of most of society’s ills–the main source of man’s inhumanity to man–is neither malice nor negligence, but a mere superstition–an unquestioned assumption which has been accepted on faith by nearly everyone, of all ages, races, religions, education and income levels. If people were to recognize that one belief for what it is–an utterly irrational, self-contradictory, and horribly destructive myth–most of the violence, oppression, and injustice in the world would cease. But that will happen only when people dare to honestly and objectively re-examine their belief systems. The Most Dangerous Superstition exposes the myth for what it is, showing how nearly everyone, as a result of one particular unquestioned assumption, is directly contributing to violence and oppression without even realizing it. If you imagine yourself to be a compassionate, peace-loving, civilized human being, you must read this book.