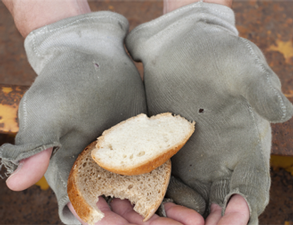 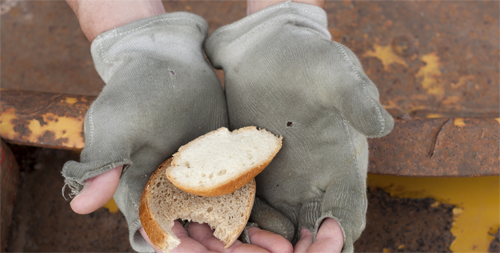 While Americans still enjoy easy access to basic necessities like food and medicine, the last several years have shown us just how bad things can get when it all hits the fan.

When the country of Greece collapsed in 2012 we highlighted the desperate situation faced by its millions of residents:

With untold billions in private and public sector debt, the situation in Greece (and other debt laden European countries like Spain and Italy) has devolved to such an extent that some EU member nations are mobilizing their military personnel in preparation for full spectrum meltdown across the entire region.

Jobs are so scarce that many have been forced into underground barter economies and family farming to make ends meet. From massive austerity spending cuts that have torn to shreds the government social safety net, to shortages in critical life saving medicines and the near breakdown of the nation’s power grid, Greece is experiencing all of the overt signs of a nation on its last leg.

It’s a story that we have seen time and again throughout history, and one that is once again playing out before our eyes. Though the economic factors that trigger a crisis may be different, the outcome is often the same for the general populace.

We need look no further than the deteriorating situation in Venezuela, where the government has tried everything from currency devaluations and price controls to blaming the country’s malaise on “hoarders” and speculators who purportedly drove up prices. As anger and frustration gripped the country, the government took unprecedented steps to restore order, to no avail:

In 2013, many began to suspect that the outlook for Venezuela was grim when prepping became illegal.  The Attorney General of Venezuela, Luisa Ortega Díaz, called on prosecutors to target people who are “hoarding” basic staples with serious sanctions.

Shortly thereafter, grocery stores instituted a fingerprint registry to purchase food and supplies. Families had to register and were allotted a certain amount of supplies to prevent “hoarding.”

Then, just over a year ago, it became even more apparent that the country was falling. when long lines for basic necessities such as laundry soap, diapers, and food became the norm rather than the exception. Thousands of people were standing in line for 5-6 hours in the hopes that they would be able to purchase a few much-needed items.

Now with the collapse of oil prices, which account for a large portion of Venezuela’s exports and are necessary for the country to generate cash flow for trade, things have gotten even worse.

Though we can understand why most Americans have bought into the propaganda that it can’t happen here, because, well, it’s America and we’re the richest nation on Earth, if a serious economic or monetary crisis were to strike, it might look something like this:

Cardboard signs on the door warning of “No bread” have become increasingly common at Venezuelan bakeries.

Venezuela gets 96 percent of its foreign currency from oil exports, and as crude prices have plunged, so have the country’s imports — among them wheat.

The leftist government of President Nicolas Maduro has tightly controlled access to hard currency, and this has affected imports ranging from medicine to toilet paper. Now it is seriously affecting imports of wheat, which Venezuela does not grow.

Add to this the soaring inflation rate — 181 percent in 2015, the world’s highest — and you see why customers are mainly interested in buying basic food items such as bread.

“We are truly worried about the wheat mills being paralyzed,” Federation of Flour Workers chief Juan Crespo said.

Five of Venezuela’s 12 wheat mills, which employ some 12,000 people, have closed, Crespo said. The remaining mills employ another 8,000 people.

An industrialist who requested anonymity said there is currently “only enough wheat for the next 12 days.“

So, are we overreacting when we suggest there is a possibility that such events could take place here in America?

If you have your head in the sand and believe that the Ivy-league educated leaders who run our government and financial institutions have everything under control, then the answer is yes. Take the kids to Disney Land. Max out the credit card. Buy a new car. If something goes wrong, they’ll bail us out, right? They have contingency plans for all of this stuff.

If, however, you understand that our insatiable borrowing from foreign creditors, massive job losses, and negative economic growth rate could pose a problem in the near future, then you are well within your rights to “overreact” and prepare some contingency plans of your own.

In fact, if anyone has overreacted, it’s our own government. While you may be considered a domestic terrorist or person of interest for storing food and emergency supplies, it turns out that this is exactly what the Department of Homeland Security has been doing for years. They’ve stockpiled millions of emergency meals, guns and literal tons of ammunition to the tune of over two billion rounds. Moreover, though it is a total impossibility as mentioned above, they have even begun simulating economic collapse scenarios with the U.S. military, including widespread riot control.

Is America destined to go the way of Venezuela?

Someone in the upper echelons of our government thinks so and that’s why the President has already signed executive orders that not only outlaw hoarding of resources like food in a crisis, but give control of said resources, including your body and the labor it is capable of producing, to the government.

So while we totally understand that no crisis on the order of Greece, Venezuela, Argentina, Zimbabwe, or Weimar Germany could ever happen here, we suggest to you, the reader, to do your own due diligence and to keep in mind that all of those emergency supplies being stockpiled by our benevolent leaders are not for you at all.