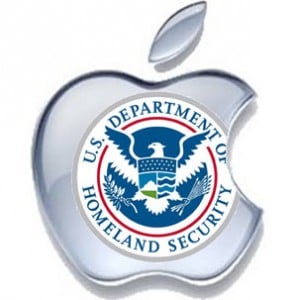 Two noteworthy pieces of information were made available over the weekend which further prove that our government and high technology firms are working together in an effort to expand the scope of the domestic police state.

First, Apple has been granted a new patent that allows the company to command its devices to shut down camera and microphone functionality on any iPhone or iPad based on its specific geographic location.

The technology makes it possible for the firm, at the behest of government officials, to create a “geo fence” around any venue or event which is identified as a security priority or sensitive area.

To put it bluntly, the powers that be could control what you can and cannot document on your wireless devices according to their own whims.

Given that the major technology companies are set to make wireless connectivity a major feature of the latest cameras, this development does not bode well for photographers and citizen journalists who are already experiencing a major crackdown on their first and fourth amendment rights.

Second, and quite possibly even more disturbing than Apple’s ability to directly access key recording features on our wireless devices, is the revelation that hackers breached an FBI Regional Cyber Action Team laptop computer and gained access to highly sensitive files that were later released on the internet. In those files were the unique device identifiers, user names, address books, and other personal details belonging to over 12 million Apple subscribers.

This suggests one of two possibilities. Either the FBI illegally hacked Apple’s subscriber database to acquire this information, or Apple willingly turned this information over to them.

Let’s be real here folks — 12 million UDIDs (unique device identifiers) is a hell of lot of them.  Are you willing to believe that there was no “official transfer” from “somewhere” to the FBI of that data?

Occam’s razor leads us to the conclusion that the FBI and DHS are actively working with technology companies like Apple to create a database of subscribers in order to broaden an already flourishing control grid. With access to personal device details law enforcement agencies could then interface with telecommunications firms to rapidly locate any wirelessly connected digital device – and with Apple’s new “geozone” enforcement technology, could effectively shut down the recording capabilities of any phone, tablet or PC on demand.

Soon, as Steve Watson of Infowars notes, the free flow of information that has made it possible for video to be instantly distributed to millions of people around the world could simply be shut off with the click of a button.

With direct access to subscriber lists and Apple’s new technology government officials and law enforcement agencies could simply remove the ability of citizen journalists and private individuals to document events like protesters being doused with pepper spray as they sit motionless, police brutality and injustice, DHS harassment, and political persecution.

All dissent must be silenced.