MSM Is Working Around The Clock To Invalidate “Magnet Challenge” 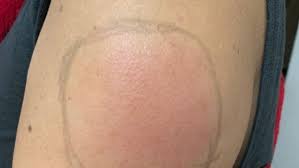 The mainstream media is doing its best to invalidate claims that magnets are sticking to injection sites where people have gotten the experimental gene therapy jab. Several videos have surfaced of people showing a magnet sticks to their arm, and the MSM is “fact-checking” them all.

Remember the journalist who attempted to convince people that the COVID jabs were not gene therapy simply because he said so? Well, he’s back at it chastizing those who posted videos of a magnet sticking to their injection site.

This has included photos and videos posted on social media. For example, a video posted on Instagram and Twitter showed a woman saying, “Here’s the magnet. This is the arm I got the Pfizer shot in,” while placing what looked like a magnet on her left arm, according to Angelo Fichera writing for the website FactCheck.org. She then said, “You go figure it out. We’re chipped. We’re all bleeped,” except she didn’t say “bleeped” but rather a word that began with “f” and wasn’t “fondued.” –Forbes

So why should you be unconcerned? Because the “vaccine” has to have a “significant amount of metal” in it to make a magnet stick.  That’s comforting…

Before you begin believing that the Covid-19 vaccine will somehow make your arm more susceptible to a Magneto attack, keep in mind several things. First of all, the Covid-19 vaccines would have to have a fair amount of metal in them to make magnets stick to you like they would to a refrigerator door. A Covid-19 vaccine dose is less than a milliliter (mL), with a typical dose for the Pfizer/BioNTech vaccine being only about 0.3 mL. That’s not enough volume to squeeze in a typical microchip. Even if the entire injected volume were filled with a ferromagnetic metal, it probably wouldn’t be nearly enough to make your arm into a refrigerator door. –Forbes

Or is that enough volume for a “typical microchip?” Read it for yourself here.  It looks like mainstream media is still being the lapdog for the controllers and trying their best to get people to stop asking questions.

Does that mean a microchip is in this shot? No, of course not. It could be something else, though.

No one really knows what’s in these shots because we are being lied to about it. Just using the simple process of discernment, most feel there is dishonesty in what is in these shots.  And that is a valid concern considering it is more than obvious we are being lied to based on the fact that they still want us to believe is a “vaccine” in spite of the fact that they admit it contains messenger RNA, which makes it a gene therapy.

Does anyone actually trust that Pfizer and Moderna are telling the truth about what’s in these shots?

Even the United States government and Google admit Pfizer is a “habitual offender,” persistently engaging in illegal and corrupt marketing practices, bribing physicians, and suppressing adverse trial results. But yeah, we are the crazy ones for daring to ask questions about what the hell is going on. Apparently, we shouldn’t assume a “habitual offender” would lie to use about the ingredients of a shot in order to try to convince us to take it.

But the mainstream media and ruling class want to discourage us all from even asking questions about the experiences others who have taken this jab have had, and that’s the real problem.  The rulers continue to demand we shut up and comply after turning off our critical thinking and ability to pose important questions.

The best advice moving forward is to never stop questioning these psychopaths who demand you believe them because “they say so.” Make sure you look at things from your perspective too. Don’t just believe that this shot is experimental gene therapy. Read about it. Understand what mRNA actually is. Understand how the mRNA works in the body.

Knowledge is power and asking questions about these narratives we are being spoon-fed as if we are children is not going to hurt anything except the official narrative and the propaganda peddlers credibility, which is why they try so hard to silence those who question the ruling class.