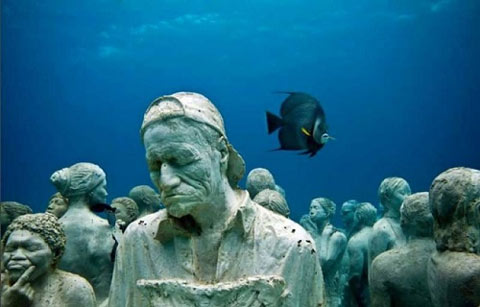 This article was written by Tyler Durden and originally published by Zero Hedge.

Editor’s Comment: There is no room for error in the new economy. That’s why those who play it safe, invest in government bonds, etc. Only whatever has been greased by the Fed spigot. That’s why the mainstreet, small business circuits are drying up and grinding to a halt.

IF the Fed is making investment untenable, then by default they are driving more business to the state in the form of bonds, infrastructure holdings and futures – in terms of human capital. More people will be managed by the state, and on the dole. Strings and pipelines of dependence will be formed, making independence a suicide pact in the vacuum of space.

The Fed is feeding the top, and the trickle down will increasingly require a screen of government interference. Programs, forms, identification, stipulations… and generally, control. Surrendered at the door, as a token of compliance, all forms of dignity and hope. We’re headed towards life as proles, and nobody seems to mind. Is there still an exit to take, or is this the end of the line?

In a repeat of what we said in our market wrap this morning, namely that the market’s attention is transfixed on two things: long bond-yields (specifically if curve steepening will continue), and what the BOJ may or may not do, the WSJ writes that “speculation continued around the Bank of Japan, following a Nikkei report that the Japanese central bank will consider cutting interest rates further into negative territory.”

The WSJ then writes that despite the recent spike in long-dated yield, “some investors expect government bond yields to resume their downward trend as the European Central Bank and Bank of Japan remain on an easing path. “Without growth or inflation, the gravitational pull is lower in yields and tighter in spreads,” said Bob Michele, global head of fixed income at J.P. Morgan Asset Management.”

He is probably right, however it is the confusion and chaos unleashed by central banks, first and foremost the BOJ, that led to his next statement:

Still, he said, “in the 35 years I’ve worked, this is the most uncomfortable I’ve felt investing in the market.”

What prompted this comment? To be sure, the BOJ’s confusion was the catalyst, but it is the actual trading on the BOJ’s recurring trial balloons that has unleashed a dramatic surge in volatility, and 3 consecutive 1%+ swing sessions after 43 days with the S&P trading within 1%.

Here is what, according to the RBC cross-asset strategist, is currently going on under the market’s suddenly volatile surface.

Dating back to my first mentions of risk-parity strategies back pre “Taper Tantrum” in ’13 (in anticipation of their potential impact on markets in light of their enormous scale / popularity, at the risk of a (gasp) potential move higher in interest rates and the impact they could then have on mkts,in light of the leverage inherent in the strategy, and with rates at generational lows), vol control and CTA strategies thereafter, I have continued to receive questions from the fundamental community on a weekly-basis which are evidence that much of the buyside doesn’t understand the ‘who / what / how / how MUCH’ of these funds.

So I wanted to get a little bit into how this “thing” works.  Specifically beginning with risk parity, it’s certainly not a one-size fits all universe (and it’s a huge universe, more on that below).  But making gross generalizations, some of the largest RP funds employ an ‘economic conditions’ buckets which then fit unique asset allocation mixes made up of what will best perform under said conditions.  But what risk parity does is instead of allocation assets per se, you allocate ‘risk.’  So what they really do (to again oversimplify) is leverage historically low vol assets like fixed-income so as to better ‘diversify their risk’ (instead of a 60/40 type where data show upwards of 90% of your risk is on the stock side).  The issue is when the historical vol is based around a 35 yr bond bull mkt….bastardized by QE and NIRP….that when you get taper tantrums, crowded position unwinds or a rogue inflation print, that hyper-leveraged long in fixed income goes pear shaped as rates go ‘wrong way.’  The other dynamic with ‘risk allocation’ based on volatility modeling in this current environment is angle is that via CB policy, nearly all cross-asset vol has been crushed–so per the model, these fund types “get longer” the assets now too on trailing vols which have been at extreme lows—even “traditionally risky” assets like equities.

Vol targeting funds from an allocation basis (with many typically just covering the performance of say one index in one asset class) will use a similar trailing vol threshold to either ‘lever up’ or ‘de-lever’ to cash, and CTAs are extremely-reliant on VaR concepts to determining sizing / leveraging of their portfolios as well.  And frankly, anybody operating of a VaR model adds to this effect, as a lower vol environment will see “levering up” behavior…and of course if we see vol pop, more systematically-induced selling to get your value at risk down.  Net / net is all one big leveraged carry-trade….pennies pennies pennies pennies for 98% of days, then STEAMROLLER.

And finally putting a nominal number to the market moves in question:

Size-wise, many quote the Alliance Bernstein report from 2015 placing the AUM at $400B for “pure play” risk-parity funds…but upon inclusion of the leverage inherent in the strategy (anywhere from 2 to 3.5 x’s) that number looks more like mid-point ~$1.1T from notional perspective.  And that’s not including the estimated $350B allocated to the CTA industry (thru 2Q16 per BarclayHedge) and potentially upwards of $400B AUM from vol control strategies (especially popular with the variable annuity / insurance community), most of which use similar systematic “risk management techniques” based-around short- and long-dated trailing volatility—PRE-LEVERAGE, as both of these strategies use leverage to “allocate risk” as well.  For the sake of argument, in light of the historically low vol environment recently experienced across assets, let’s safely (and HYPER-generically) assume that the $750B between these two strategies is operating at 2x’s leverage (CTAs typically much MUCH higher than that)—so approx. another “finger in the air” / “all things held constant” # of $1.5T notional with leverage.  Bottom line: when $1.5 trillion of strategies are forced to reallocate due to (again) again enormous “vol of vol” / “convexity in the market” swings, it moves markets–period, end of story.

And while there is little actual data on the day to day performance of risk-parity funds behind the latest “reflexive” selloff, some indicators, such as the AQR risk parity fund index, suggests that, absent the BOJ calming down the market and communicating precisely what it intends to do, September of 2016 may be another August of 2015.

This article was written by Tyler Durden and originally published by Zero Hedge.