Nearly 66% of respondents to a survey in Israel claimed that they suffered adverse reactions to the COVID-19 booster shot. Nearly half of those with adverse reactions reported having difficulties performing daily activities as a result.

The results of the recent survey were published by the Israeli Ministry of Health earlier in February and analyzed in an article published in the Israeli daily newspaper Davar. They reveal the sheer scope of side effects caused by the booster, including a high rate of menstrual irregularities among women.

According to LifeSiteNews, Israel was one of the first countries in the world to launch a national booster vaccination campaign; it began in August of last year. Nevertheless, so-called “breakthrough” infections continued to occur among those who received the top-up jabs.

Israel’s mass vaccination campaign has already been a massive failure in multiple ways.

We know they are lying and we know this vaccine is a part of the agenda or they would not be pushing it to this extent. 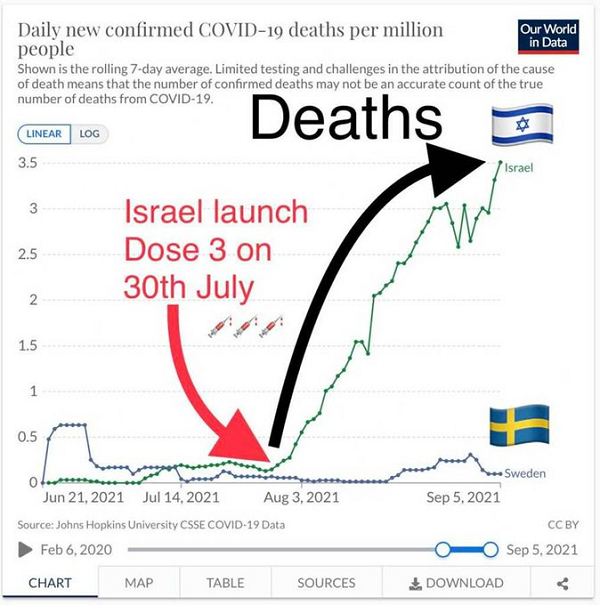 Despite having an authoritarian police state that pretty much requires all citizens to get “vaccinated” in order to live, Israel’s current state of public health is dismal at least as far as “positive” test results are concerned. Now deaths and hospitalizations and cases are skyrocketing especially since the country started implementing the third dose of these shots. -SHTFPlan

Within the first week of the booster campaign, Israeli news outlet, The Times of Israel,  reported  that 14 Israelis who received a third “booster” dose of the Pfizer vaccine had tested positive for COVID.  A March analysis in the country also revealed dramatic rates of vaccine-related deaths in the country.

The data is quietly and slowly being released now that the populace is distracted by the Russian “invasion” of Ukraine. While they carefully craft the official narrative for that crisis, the one they erected around COIVD-19 is quickly crumbling.