More Lockdowns Around The World As COVID-19 Cases Surge 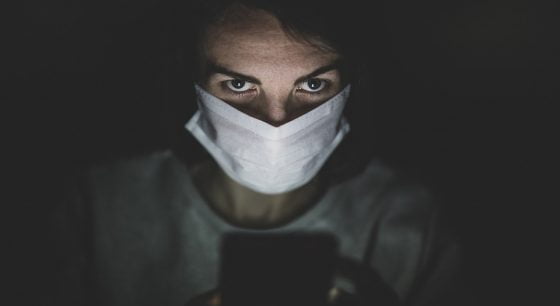 Many European authorities have been reluctant to reimpose harsh lockdown measures after previous restrictions caused deep recessions and widespread bitterness. However, other countries, such as Ireland, have taken to intentionally destroying people’s livelihoods over what’s turning out to be a mild illness.

Ireland became the first European country to enter a second national lockdown and Germany’s daily cases leaped to a record high as the second wave of coronavirus spread gloom across the continent on Thursday. Germany is expected to launch new shutdowns and more restrictions on basic human rights to fight the “invisible enemy.” Heads of state governments and representatives of the federal chancellery and Chancellor Merkel have met to decide on new measures (harsher restrictions on freedom.)

Faced with the sharp rise in cases, authorities have toughened the scamdemic measures, such as banning large gatherings and making face masks compulsory on certain streets in Berlin.

But Ireland’s five million people have been ordered to stay at home for six weeks, with non-essential businesses urged to shut up shop. The government has said this will result in about 150,000 jobs being lost.  Irish authorities have also imposed a strict five-kilometer (three-mile) travel limit, limited bars, and restaurants to takeaway only, and extended a ban on visits between households.

“It’s devastating to see us locked down again… during our busiest line-up for the Christmas period,” Dublin antique jeweler John Farrington told AFP this week.

The county of South Yorkshire, in the United Kingdom, which includes the city of Sheffield, will enter into “very high” alert or tier three restrictions for at least four weeks from Saturday, the UK government announced. This horrific decision will affect around 1.4 million people, taking the number under the very toughest restrictions to 7.3 million, or about 13 percent of England’s population, according to Medical Xpress.

In France, major cities including Paris were virtually deserted on the fifth night of a curfew affecting some 20 million people from 9pm. The number of patients in intensive care in France has surged past 2,000 for the first time since May. Elsewhere in Europe, Poland’s prime minister said he wanted “red zone” lockdown measures to be extended to the entire country amid a record spike in infections.

Back when the coronavirus news first broke, we warned that the harsh lockdowns imposed in China would spread, and they probably will again.  It doesn’t matter whether the public is in agreement with the totalitarian lockdowns or not, the ruling classes of the planet don’t give a damn and will take your freedom at will.

Do not assume we are out of the woods yet. Please prepare. That’s all the best advice I have right now.  There is no way to say what’s coming down the pike for us, but one thing for sure is that it is not going to be for our good.