More COVID Shots Are Coming This Fall: Get Your Omicron Booster! 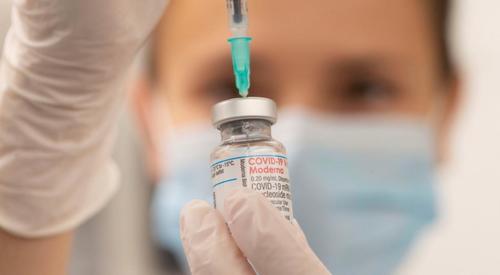 Since four “vaccines” are not enough to keep people from getting COVID-19, Big Pharma, with the help of the ruling class has decided that what the public needs is a fifth shot. An Omicron booster is coming and will be ready in the fall.

Even though the mainstream media and even scientific journals state that as viruses mutate, they get less “dangerous”, they are now saying mutations can be more serious. The Omicron variant of the pathogen (which scientists say is extremely mild if it even exists at all), as well as its subvariants, have undergone changes to the virus’s genetic material. According to Fast Company, the changes to its composition can make it more infectious, contagious, or cause more serious diseases, and infect more people.  More than 75% of new U.S. cases are now linked to the BA.5 variant of Omicron alone.

Those who have taken several shots are also the ones coming down with COVID several times.

Canada’s Own Data Reveals Worsening News For The Vaccinated

Regulators acted at the end of June, with the Food and Drug Administration recommending that new COVID-19 booster shots target the BA.4 and BA.5 subvariants specifically. The trouble is, those boosters won’t be ready until the fall, as vaccine manufacturer Pfizer noted following the FDA recommendation. And by then an entirely new coronavirus strain may be the one driving a wave of new cases and hospitalizations. –Fast Company

Within hours of Omicron being announced by the media, Big Pharma had plans to create more injections.

They Are Already Making New “Vaccines” For Omicron

The booster for the original BA.1 Omicron variant took an extended period to reach vaccine trials, and the variant still makes up the bulk of clinical booster data that Pfizer and Moderna have collected to date despite largely vanishing from the actual population. Both companies say they are on the cusp of releasing a BA.1-targeted booster should they receive regulators’ blessing, and the theoretical plan would be that such a booster may at least offer partial protection against BA.4 and BA.5 until another booster arrives, ostensibly by October. –Fast Company

There will be an endless supply of booster shots for this cold and they don’t intend to stop. If we stop taking these toxic injections, the rulers have plans to release something horrific on the public.

They need people to take as many shots as they can convince them to take for the agenda to work. Whatever these shots could be, we know that they aren’t vaccines, and are very important to the rulers.

So what’s next? Another scamdemic. They are all telling us:

“We will be close to 100% BA.5 within a matter of weeks. And no doubt there will be further troublesome variants that lie ahead, be they more in the Omicron family or in a whole new lineage,” wrote Dr. Eric Topol, a precision medicine expert and director of the Scripps Research Translational Institute, on his Substack. –Fast Company

Prepare if you can. As people wake up and start to refuse these shots, they’ll need something to convince the public that more injections will keep them safe.