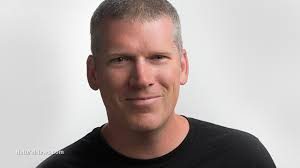 Now that the political coup has failed epically, what’s next?  Could the deep state and global elitists have an armed Communist coup planned?

It may have seemed like something far-fetched and out of a novel about a future dystopia just a few years ago, but it’s now become all too real.  Mike Adams, also known as the Health Ranger, is sounding alarms that a violent armed coup could be coming next. “Now that the attempted political coup against America has been exposed and halted, the demonic, deranged Left will move toward a KINETIC WAR/revolution that will unleash a civil war across America,” says the description of Adams video posted to YouTube.

“They tried to steal it [the 2016 election] and they failed,” Adams said. “Watergate was small-time compared to this.”

“They [globalist leftists] tried to stage a coup on election day…they tried this whole ‘Russia collusion’ conspiracy theory with the complicit mainstream media playing along as propagnada puppets, planting false stories that the FBI then cited in their FISA application, to DEFRAUD the FISA court judge in order to get approval for spying on Trump team officials.”

But does that mean since all else failed, that the left will attempt to forcibly remove Donald Trump from office? It wouldn’t be the first time we’ve heard that that’s a tangible possibility.

“Now, they’re gonna move into the ‘kinetic phase’ and here’s how they’re gonna pull it off….their plans are so easy to reverse engineer. As Trump goes after these corrupt FBI officals, and as Congress seeks indictments against people like James Comey, the left will say that that’s a political coup taking place and they’ll call for a rising up of left-wing, brainwashed, zombie, people all across America to ‘take back their country.’ They are going to twist it around 180 degrees while they are attempting a communist coup takeover of this country.”

Adams warns that the day is coming in which the propaganda media will convince the left to violently attempt to overthrow the government in order to enact a communist, globalist agenda. He may not be all that far off either. The United Nations has admitted that Agenda 21 is real and mass brainwashing is required to get people to accept their slavery rather than fight for their freedom.

“The deep state coup failed. Now, the only option they have left is to have an actual kinetic assault. Which is what communist regimes have done throughout history.” –Mike Adams