Michelle Obama: ‘Men Are Entitled And Self Righteous’ Because Women Protect Them 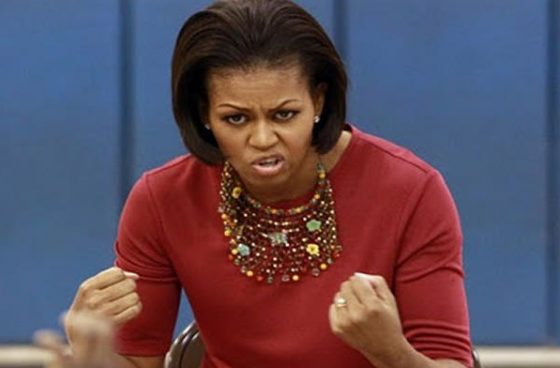 Hating on men has become the new normal for leftists in the United States and liberal former first lady, Michelle Obama is no different.

Taking shots at men, the former first lady opined Wednesday at a summit in Chicago that she believes men are “entitled,” and that women protect them too much. Speaking at the first Obama Foundation international summit, Michelle Obama (one of the event’s headliners) said that men are essentially babied and protected by women, while women are raised to be “strong.”

“It’s like the problem in the world today is we love our boys, and we raise our girls,” Obama said. “We raise them to be strong, and sometimes we take care not to hurt men — and I think we pay for that a little bit.” –Michelle Obama

She continued that men should just get some friends and that that would “straighten them out” some. “Y’all should get you some friends,” Obama joked. “And talk to each other, because that’s the other thing [women] do — we straighten each other out on some things, our girlfriends.”

.@MichelleObama tells men "y'all need to go talk to each other about your stuff. Because there's so much of it. It's so messy." pic.twitter.com/IpCzpFDbUC

But Michelle Obama continued to rant away about how women are raising their boys all wrong in the entire world. Blame women, and hate one the men. It’s like she wrote the liberal’s handbook.

“It’s powerful to have strong men, but what does that strength mean? You know, does it mean respect? Does it mean responsibility? Does it mean compassion?” Obama went on to pose the question of whether women are protecting the men in their lives too much. “Are we protecting our men too much so they feel a little entitled and … self-righteous sometimes? But, that’s kind of on us too as women and mothers, as we nurture men and push girls to be perfect,” Obama said.

Former first lady Michelle Obama: "Are we protecting our men too much, so that they feel a little entitled, a little self-righteous?" pic.twitter.com/xtmNPEhNhm

This is far from the first time Michelle Obama has used inflammatory speak when describing men. Separate comments made by the former first lady came under fire early last month when she suggested that Republicans are pretty much “all men, all white.”

Michelle is simply towing the leftist line. Creating division and hating or blaming a certain group for something they can’t control.  Men didn’t choose their genders anymore than women chose theirs.