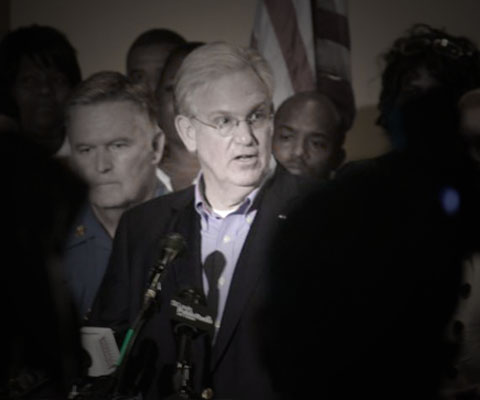 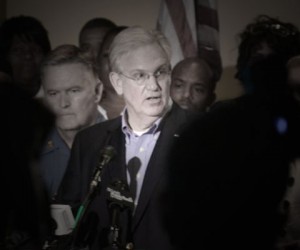 As discussed here a few days ago, the authorities are expecting violence in Ferguson regardless of what verdict the grand jury reaches in the Michael Brown shooting case.

Now, SHTF is definitely expected, as Missouri has officially declared martial law, the National Guard has been activated, and it is on:

According to a news release, the role of the National Guard is to “…support law enforcement during any period of unrest that might occur following the grand jury’s decision concerning the investigation into the death of Michael Brown.”

Under the executive order, the St. Louis County Police Department will have command and operational control over security in the city of Ferguson in areas of protests and acts of civil disobedience, should such activities occur.

The actual grand jury decision is expected to be announced soon, and Gov. Jay Nixon’s state of emergency announcement is surely coordinated with that verdict, regardless of when it becomes public.

Clearly, everyone expects that riots will be in the cards for these coming days.

Gov. Nixon stated in his emergency declaration: “Regardless of the outcomes of the federal and state criminal investigations, there is the possibility of expanded unrest,” particularly given the unrest already experienced in Ferguson and the surrounding area over the past three months.

I further order that the St. Louis County Police Department shall have command and operational control over security in the City of Ferguson relating to areas of protests, acts of civil disobedience and conduct otherwise arising from such activities.

As Daisy Luther pointed out in Pre-emptive Martial Law in Missouri? State of Emergency Declared…and the Decision Has Not Even Been Read, this orchestrated event has been a classic recipe for order out of chaos.

Here’s what you can do to stay clear of said chaos:

In the event of a racially charged issue like this one, you don’t have to be in the immediate area to run the risk of being caught up in the resultant civil unrest. Find tips to be prepared for this likelihood below: