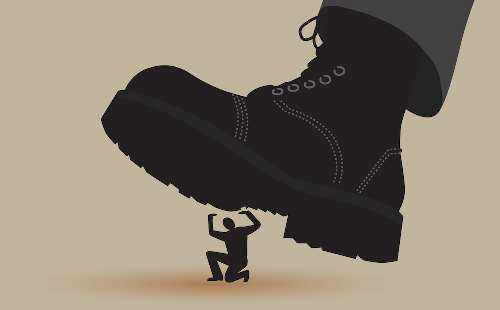 Anyone who understands that these lockdowns were never about health, but about control, know that the first lockdowns didn’t quite devastate the middle class to the point that the elitists needed them to.  Now, another round of lockdowns is coming in order for the rulers to usher in the New World Order through chaos and poverty.

This is straight up nothing short of economic terrorism and it’s being done by the government.

These lockdowns serve two purposes. One, they keep up the facade and continue to keep the masses in a panicked state of fear. And two, they finish off the middle-class impoverishing enough people that they will willingly enslave themselves for the universal basic income pittance in the form of a digital dollar that the elites can track, trace, and control.

But in order to keep the show going and get people to buy into this scam, states are locking down again. Twenty-two states have issued additional orders that trample people’s basic human rights. Those states are:

The destruction of rights is well underway for a second time. They are really desperate to keep up this scam at all costs. This has never been about health.  The elitists do not care about our health and whether we continue to live on this planet or not.  They only want power. Wake up and stay prepared.  If your state is not on the list above, do not assume you will escape this hell.

We are being played like a grand piano and most people are too brainwashed to even realize how enslaved they already are.  If we let this happen again, frankly, we don’t deserve the freedom which is our birthright as human beings.

This is all planned. This is a part of their game. The only way to win is to refuse to play. Rise up and live freely.  That’s what terrifies these psychopaths: our realization that we don’t need their permission to be free.