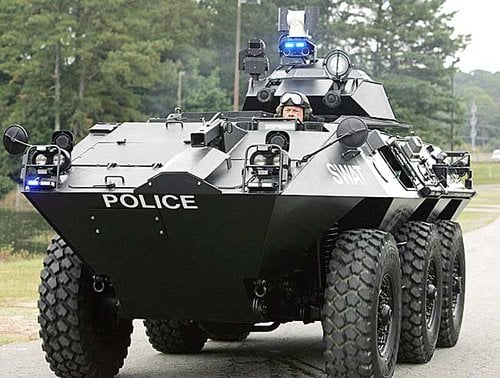 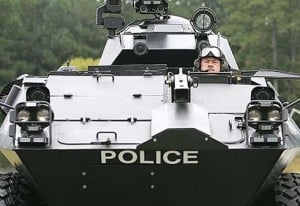 They are a force to be reckoned with, bringing tanks, guns and the authority of shiny government badges – and they want what’s yours.

Civil asset forfeiture, theoretically designed to fight the drug war, has created a loophole in law enforcement that has blown open a doorway to systematic government theft – all legalized through policy – that allows police or public officials to take away possessions from citizens who have been caught up in stings, but not necessarily charged or even suspected of a crime.

The range of cases where undeserving people have lost everything to the seizure policy have become extreme.

Family homes, vehicles, bank accounts and seized cash, all spent and handed out to ranking authorities before it can ever be called into account. Civil asset forfeiture has created a slush fund for police and judicial figures on the take, making the already tainted conflicts of interest inherent in the Drug War that much more corrupt and dirty.

With the spotlight provided by independent media on the Internet, we are witnessing systematic abuse by the watchers at its richest and most fabulous: politicians, local and regional officials, judges, cops, prosecutors – everyone is invited to party with stolen cars, luxurious houses, spending cash, flashy jewelry and other valuable assets seized from people who might be criminals.

Philadelphia was recently highlighted as the nation’s worst civil asset forfeiture offender, but lots of other places have a nasty reputation for the tactic, too. Recent cases in the news of people having thousands in cash confiscated by the TSA at the airport fall under the same unfair guidelines.

As RT’s The Resident points out, activists in Oklahoma pushed for a state-level bill to combat a dangerous pattern of abuse – with cases in Oklahoma of prosecutors taking

• living in a seized house for five years, rent free, and with utility bills paid with government funds

There’s a new bill on the table in Oklahoma which would make it necessary for prosecutors and law enforcement to prove guilt before seizing assets, a restructuring of civil asset forfeiture laws. That’s because law enforcement in Oklahoma has been found abusing civil asset forfeiture, including one instance where a prosecutor lived in a seized house for years, rent free.

The House bill would change the law to prevent property from being taken unless a conviction takes place.

Through this little recognized violation of due process and blatant corruption, civil asset forfeiture has become one of the harshest abuses by a police state gone wild – unfairly punishing thousands across the country who lose their homes and have their lives upended by a loophole to loot.

Elected and Above the Law: Bill “Would Exempt Lawmakers from Prosecution of Nearly Any Crimes”