Leading Astronomers: Oumuamua Is ‘Alien Probe With Broken Engines,’ Could Have Hostile Intentions 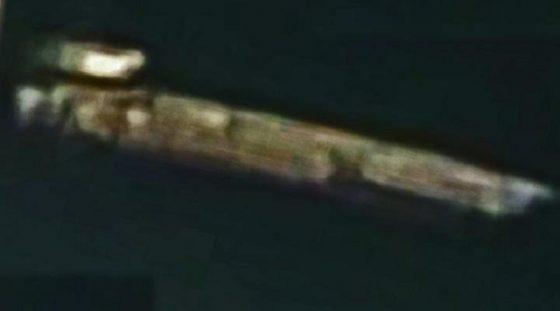 A leading astronomer studying the origins of the space object known as Oumuamua has come out declaring it’s an alien probe with broken engines.  Dr. Jason Wright claims that Oumuamua’s movement is that of a craft that has lost power to its engines.

Right now, leading scientists are studying the odd “cigar-shaped” object which originated outside of our solar system.  Teams lead by renowned physicist, Stephen Hawking, are attempting to discover whether or not Oumuamua is alien or natural. If a radio signal is detected later today, scientists will “proceed with caution.”

Professor Avi Loeb, Professor of Astronomy at Harvard University, sais: “My recommendation, as in any dialogue, is that we first listen and do our best to understand what we are hearing. Once we figure this out, we can decide how to respond,” he said.  “Overall, I am an optimist. I believe that a very intelligent civilization will be peaceful, and we could save ourselves millions or billions of years by learning from it. But there is also the possibility that such a civilization will have hostile intentions and risk our existence, so we should deliberate carefully in any future contact with them.”

According to the Daily Mail, Dr. Wright from Penn State University is already declaring it a spacecraft.  Oumuamua is about a quarter of a mile long, 260 feet wide, and currently traveling at 196,000 mph. Rather than moving through space like other natural space rocks, astronomers believe that it is “tumbling” through our solar system. 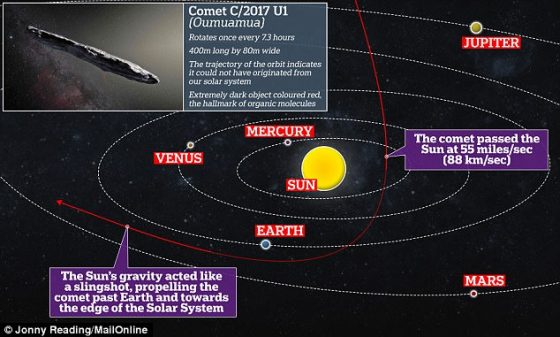 ‘”Such derelict craft would, if they are not traveling so fast that they escape the Galaxy, eventually ‘thermalize’ with the stars and end up drifting around like any other interstellar comet or asteroid,” Dr. Wright wrote in his blog. “In fact, since they (presumably) no longer have altitude control, one would expect that they would eventually begin to tumble, and if they are very rigid that tumbling might distinguish them from ordinary interstellar asteroids… and in fact, just because their propulsion is broken doesn’t mean that their radio transmitters would be broken.”

Wright suggests that the object could be a “Von Neumann probe,”  a theoretical self-replicating spacecraft that visits star systems. “Such a discovery would imply that there are lots of these things in the solar system at any given moment (even if they are deliberately targeting the sun, they are hard to spot and we’ll miss most of them), and so lots of opportunities to study them,” Wright assessed.  Wright also previously suggested the mysterious dimming of star KIC 8462852  (also known as Tabby’s Star) could be caused by an alien megastructure called a Dyson Sphere (a hypothetical structure which encompasses a star and uses harnesses its energy.)

Wright’s assessment comments come ahead of a project later today in which scientists will use high-tech scanners to discover if Oumuamua was sent by an alien civilization.

Another oddity is that Oumuamua is flying very ‘cleanly’, without emitting the usual cloud of space dust that astronomers observe around asteroids. Scientists say this suggests that the object could be composed of metal, rather than rock.