Kevin O’Leary on Inflation: You Printed $7 Trillion in 30 Months. What Did you Think Would Happen? 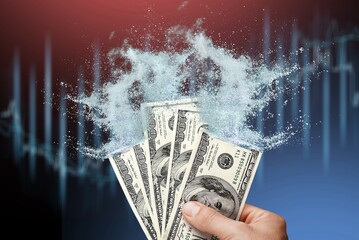 This article was originally published by Jon Miltimore at The Foundation for Economic Education.

Americans are facing 40-year high inflation and there’s been no shortage of discussion on the topic. It’s the number one issue on the mind of Americans heading into the midterms, and every day on TV and in newspapers pundits are debating how long it will last and deciding who is to blame.

What’s most astonishing amid the flurry of news is just how badly the commentary misses. While there is broad agreement that the US is experiencing dangerously high inflation, partisanship and ideology have polluted basic economics.

Progressive politicians like Robert Reich and Sen. Elizabeth Warren tweet incessantly that “corporate greed” is to blame, an idea even Democratic economists have summarily dismissed. President Joe Biden, meanwhile, has blamed Vladimir Putin. Republicans, on the other hand, have consistently made the case that Joe Biden is the inflation culprit.

All of these explanations are entirely or mostly wrong.

While it’s true that Putin and Biden deserve some blame—particularly in terms of high energy prices—there seems to be an unspoken bipartisan consensus to ignore the elephant in the room: the Federal Reserve’s unprecedented money printing.

One person not playing the game is Kevin O’Leary, the Canadian entrepreneur, and investor who regularly appears on ABC’s Shark Tank. While speaking to journalist Daniela Cambone, O’Leary bluntly explained why Americans are experiencing the highest inflation in generations.

“The printing presses have gone insane,” O’Leary said. “That’s why we have inflation in the first place.”

By printing presses, O’Leary is talking about the Federal Reserve. The central bank has been expanding the supply of money for decades, and the clip has picked up in recent years. Nothing, however, has compared to the monetary expansion that occurred during the pandemic, something Fed Chairman Jerome Powell recently admitted in a 60 Minutes interview with Scott Pelley.

“You flooded the system with money,” the CBS journalist said.

“Yes, we did,” Powell responded.

The mystery of Inflation.

"You flooded the system with money."

This is what O’Leary is getting at. “Flooding the system with money” is what drove inflation to historic highs, and the result was always an obvious one.

“For all the talk of inflation, you print $6.72 trillion in thirty months, what the hell did you think was going to happen?” O’Leary says. “Of course there’s going to be inflation.”

O’Leary’s figures are not wrong. Federal Reserve data show that in August 2019 there was $14.9 trillion total in circulation. By January 2022, there was $21.6 trillion.

In other words, more than 30 percent of dollars in circulation in January 2022 had been created in the previous 30 months.

Money creation is the obvious driver of price inflation, a concept that most Americans have at least a vague understanding of because we see it all around us today. Prices are up for almost everything, and up a lot.

But are higher prices alone evidence of inflation? Prices are always changing, after all. Sometimes they go up and sometimes they fall; oftentimes it has nothing to do with money printing but is simply a reflection of changes in supply and demand.

This is what makes inflation challenging to define, and in fact, there are two definitions for it.

Economists in the twentieth century added a second definition, however, calling inflation “a general and sustained increase in prices.” We can see from this definition that what separates inflation from simple price increases is that they are broad and sustained.

Some economists prefer the older definition of inflation, and Henry Hazlitt, author of Economics in One Lesson, can help us see why.

“Inflation is an increase in the quantity of money and credit. Its chief consequence is soaring prices,” Hazlitt explained. “Therefore inflation—if we misuse the term to mean the rising prices themselves—is caused solely by printing more money. For this the government’s monetary policies are entirely responsible.”

Hazlitt argues that rising prices are the consequence of inflation, which is an increase in the money supply. This is why some economists don’t like the new definition of inflation.

It’s not difficult to see why some economists see the traditional definition of inflation as superior. It gets right to the cause of price increases (an expansion of the money supply), while the new definition focuses on a symptom of inflation (“a general and sustained increase in prices”).

Nobody wants to be blamed for inflation, after all, and under the first definition blame will always return to one spot: the people who control the money supply, and to a lesser extent the politicians, big banks, and bureaucrats who support the Fed and directly benefit from its largesse.

That’s a lot of pressure for central bankers and politicians. It’s far easier to say Vladmir Putin is primarily responsible for high prices, or the ”greedy corporations,” or Joe Biden’s Build Back Better policies.

Now, some will tell you that if you’re under 60 this is probably the first time you’ve experienced inflation, but this is not true. Usually inflation is just small enough that people don’t notice it as much.

For example, government data show a dollar printed in 1990 had already lost 50 percent of its purchasing power by 2021. This is why inflation is often called a “silent killer.”

Yet history shows inflation often does not remain silent. It persists and grows, and over time it becomes a destroyer of civilizations.

“I do not think it is an exaggeration to say history is largely a history of inflation, usually inflations engineered by governments for the gain of governments,” the Nobel Prize-winning economist F.A. Hayek once observed.

This is why Hayek believed the only way to have sound money was to take control of it out of the hands of central bankers and planners.

“I don’t believe we shall ever have a good money again before we take the thing out of the hands of government,” Hayek said.

This is precisely why there has been such enthusiasm around decentralized currencies like Bitcoin and Ethereum.

Whether cryptocurrencies can supplant the dollar remains to be seen, but one thing is clear: the primary cause of inflation is not a boogeyman. It’s not a Russian dictator, corporate greed, or bad legislation. 1

The primary cause of inflation is the printing presses, exactly like Kevin O’Leary says.