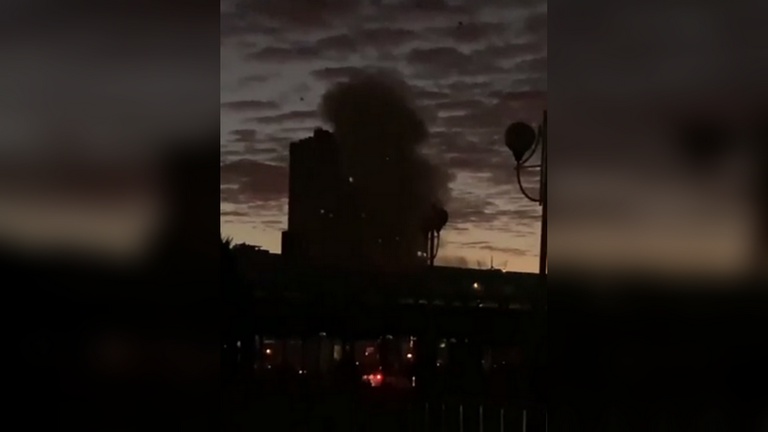 This war is continually amping up with the news coming one week after Moscow launched a significant attack on Ukraine’s critical energy and military infrastructure. “An explosion in the Shevchenko district – in the center of the capital,” Klitschko wrote on his Telegram channel at around 7 am Monday morning, before reporting another blast in the same area several minutes later. A fire broke out in a non-residential building, and several residential buildings were damaged, he later added.

According to the Ukrainian Armed Forces Southern Command, three drones struck industrial sites and a pharmaceutical warehouse in the city of Nikolaev. Dmitry Zhivitsky, the governor of the northern Sumy Region, said several people were injured after strikes on “critical infrastructure.”

Russian strikes were also reported in other parts of the country. Valentin Reznichenko, the governor of the eastern Dnepropetrovsk Region, said that several houses were damaged when a missile hit an unspecified energy infrastructure site, causing a fire. He added that three missiles were intercepted and destroyed mid-air. –RT

These strikes are likely in retaliation for Ukraine’s attack on the Crimean bridge. The explosions on the bridge were obviously going to ratchet up the tensions and increase attacks in the war.

China has also recently ordered all of its citizens still in Ukraine to evacuate.

This comes as news reports claim The West is preparing for a nuclear war.

UK Media Claims The West Is Prepping For Nuclear War

The reports are getting increasingly alarming as this “invasion” carries on.