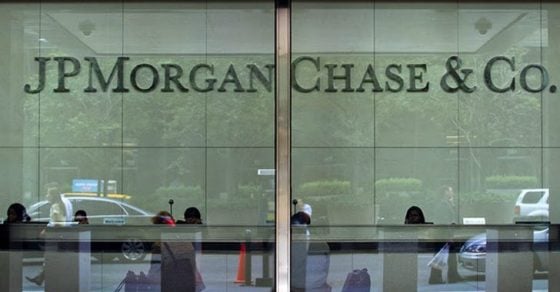 This article was originally published by Clint Siegner at Activist Post.

The U.S. Department of Justice investigation of criminal activity in the precious metals markets has taken an interesting new turn.

According to Bloomberg, prosecutors are targeting the bank itself and not just the individual traders involved in rigging prices. If convicted, the bank as an institution could be held accountable for years of structured and pervasive cheating.

The DOJ investigation of JPMorgan’s metals trading desk began more than two years ago. It came on the heels of a guilty plea by Deutsche Bank.

Deutsche Bank copped to spoofing prices and agreed to turn state’s evidence. DB then handed over hundreds of thousands of pages of documents, along with chat logs and voice recordings which featured traders gleefully conspiring with one another to cheat clients and other market participants.

Officials used that trove of information and other evidence to charge six JPMorgan traders with crimes. Some already pleaded guilty and made their own agreements to cooperate with the larger investigation.

But last week’s revelations from Bloomberg are the first confirmation that the megabank is itself in the crosshairs.

There is one interesting distinction in the DOJ’s handling of the bank, however. Officials have charged JPMorgan traders using RICO laws.

The implication is that the bank itself is to be treated as a criminal enterprise. Perhaps this time company executives will not be able to convince investigators the bank is an honest institution with the simple misfortune of having rogue criminal traders among its ranks.

JPMorgan deserves to get more than a slap on the wrist.

For many involved in the metals markets, it has been obvious for years that JPMorgan is at the center of a program to rig gold and silver prices. These cries were long dismissed as a conspiracy theory. Today few can dispute there has been pervasive, well-orchestrated cheating over nearly a decade, if not much longer.

We now know at least some officials inside the Department of Justice agree. They view the bank’s activities as organized crime, like the mafia.

It remains to be seen whether actual charges will be brought against the bank. So far, only individuals have been charged. Given the bank’s power and influence, there is no certainty justice will prevail, even if the evidence is overwhelming.

Finally, there is no certainty as to whether any penalties will be commensurate with the crime. Individual criminals on Wall Street may have been banned from trading and bankrupted by fines. However, it would be unprecedented for a bank the size of JPMorgan to receive a trading ban or fines large enough to meaningfully impact the bank’s operations.

The road to full accountability for JPMorgan remains long and full of obstacles. But it is certainly nice to see prosecutors treating the bank without the usual kid gloves.

Clint Siegner is a Director at Money Metals Exchange, a precious metals dealer recently named “Best in the USA” by an independent global ratings group. A graduate of Linfield College in Oregon, Siegner puts his experience in business management along with his passion for personal liberty, limited government, and honest money into the development of Money Metals’ brand and reach. This includes writing extensively on the bullion markets and their intersection with policy and world affairs.