JP Morgan: What The Next Financial Crisis Will Look Like 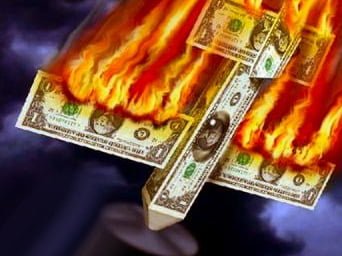 JP Morgan’s senior analysts, Marko Kolanovic, has come out with what he thinks the next financial crisis is going to look like. Kolanovic explained his prediction and reasoning in a report issued earlier this month, in which he believes a precipitous decline in stocks could cause the Great Liquidity Crisis.

According to Kolanovic, as reported by Forbes, the rise of passive investing and algorithmic trading could create the backdrop for a substantial stock market drop. Then we would experience severe stock price declines, lightning fast machine selling, and some aggressive action by central banks.

The approximately $2 trillion shift from active to passive investing has removed individual buyers who can buy the market after significant price declines.

According to Kolanovic, 90% of daily trading in the stock market is from index and quant funds. Quant funds, he writes, are programmed to sell market weakness – rather than analyze fundamental valuation, for example.

Similarly, electronic trading desks tend to sell when the market falls, which removes additional liquidity from the market. –Forbes

Kolanovic did say that it isn’t possible to pinpoint exactly when the next financial crisis will occur, but he also added that he sees no reason for a massive problem until the second half of 2019. He did warn, however, that massive amounts of consumer debt will compound an already delicate problem.

That debt means that any small uptick in interest rates could result in the default of bills, exasperating the crisis.

Kolanovic’s warnings sound like those of many others. The coming financial crisis will be brutal and unavoidable.  All we can do is take measure to make sure our assets are protected and be aware of the small changes in the market that will signify the crash is oncoming.