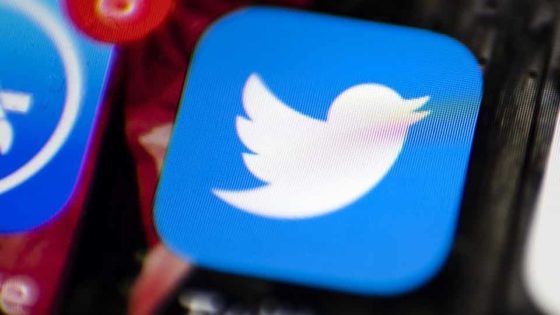 Journalist and big Antifa target Andy Ngo has returned to Twitter after his account was temporarily suspended. Twitter suspended Ngo’s account for the “crime”  of tweeting empirically verifiable facts and evidence about the alleged widespread violence against transgender people in the United States.

Twitter suspended Ngo’s account for “hateful conduct” after he responded to a tweet from Chelsea Clinton which alleged an “epidemic” of violence against transgender people in America. Clinton said that Americans must “commit to doing all we can to end this epidemic of violence and hate.” Ngo, on the other hand, responded with statistics from the FBI that say the U.S. is one of the safest countries in the world for transgender humans.

“The US is one of the safest countries for trans people. The murder rate of trans victims is actually lower than that for cis population. Also, who is behind the murders? Mostly black men,” Ngo replied. The data provided can be backed up easily. But Twitter isn’t interested in the truth, only a particular narrative.

The fact that Twitter punished those who tell the truth simply because it doesn’t fit in their agenda and the narrative being pushed on everyone should frighten everyone, says Ngo. The journalist was also forced by Twitter to delete his factual tweet before they allowed him to return and continue posting.

Twitter’s decision to force me to accept a false reality in order to use its platform is chilling to those who value truth above dogma, as uncomfortable as the truth may be. The dogma of our day is the trans ideology—an authoritarian worldview replete with science and evidence denial. Among many things, it claims that sex is a construct and that trans people are being hunted down across America

So far this year, there were 22 homicides in the U.S. where trans or gender non-conforming people were victims. That number has held relatively steady since the HRC, America’s largest LGBT lobbying group, started releasing annual reports four years ago. According to the HRC, there were 26 homicides in 2018, 29 in 2017, 23 in 2016 and 21 in 2015. The HRC provides the most comprehensive data set for trans homicides in the country. The FBI does not release numbers of trans people who are killed.

Though every homicide is a tragedy and victims are due justice, lying about the scale is politically exploitative and reckless. It prevents the public from accessing real problems honestly in order to advocate for real solutions. Worst of all, it harms the very people who need protection. – Andy Ngo, viaThe Post Millennial

This is not the first time Twitter has banned someone for posting facts that refute authoritarians who are attempting to brainwash the public. Last year, Twitter banned anti-sharia activist Tommy Robinson after he tweeted a statistical fact about Muslim grooming gangs.

Coming To America: The Complete De-Platforming of all Voices That Don’t Worship Democrats