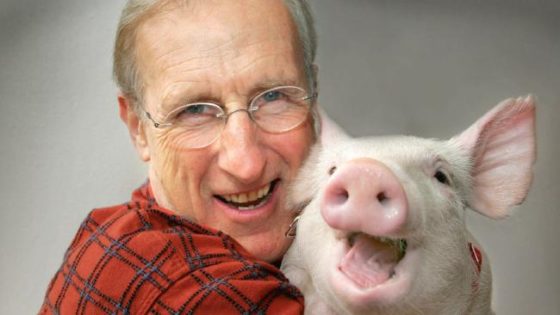 Actor James Cromwell is warning of massive civil unrest and “blood in the streets” if Democrats can’t win big in the midterm elections. Mainly, Cromwell seems to be concerned that Republicans will retain power in both the House of Representatives and the Senate.

Cromwell is most known for his character roles in projects such as “Babe,” “The Green Mile,” “Big Hero 6,” “Boardwalk Empire” and “American Horror Story.”  He is also a political activist who has worked with organizations such as the People for the Ethical Treatment of Animals (PETA). According to Fox News, Cromwell has also been frequently been arrested for his role in planned, peaceful protests at places like SeaWorld and a nuclear power plant in New York.

While speaking to Variety at an event in which Cromwell was honored, (the fourth annual Carney Awards), he used his platform to call for change in the United States and warn of bloody violence if President Trump and his allies remain in office. He warned of the turn that he sees America taking and cautioned there will be “blood in the streets” if Republicans remain in control. “This is nascent fascism. We always had a turnkey, totalitarian state — all we needed was an excuse, and all the institutions were in place to turn this into pure fascism,” Cromwell said. “If we don’t stop [President Trump] now, then we will have a revolution for real. Then there will be blood in the streets.”

“We’re living in very curious times, and something is coming up which is desperately important to this country and to this planet, and that is an election, in which hopefully in some measure we are going to take back our democracy,” he said. “We will have a government that represents us and not the donor class. We will cut through the corruption, [and] we won’t have to do what comes next, which is either a non-violent revolution or a violent one, because this has got to end.”