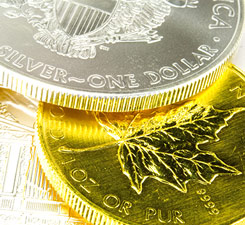 Though Wall Street regulators and the mega-banks they purport to regulate have long said that there exists no manipulation in markets and that anyone making claims to the contrary is nothing short of a conspiracy theorist, recent revelations suggest that even the most well known financial institutions on the planet have been actively involved in rigging asset prices. We need look no further for confirmation of this fact than Deutsche Bank, which last year admitted the precious metals market has been rigged all along and agreed to pay nearly $100 million in settlements resulting from their direct involvement in the manipulation of gold and silver prices.

Now that the cat is out of the bag and Deutsche Bank has agreed to turn over documents implicating other banks in related schemes, major mining companies are preparing lawsuits of their own. Straight-shooting First Majestic Silver CEO Keith Neumeyer, who in 2015 was the first mining company head to issue a public statement on the manipulation of precious metals prices by a small concentration of players, has said that the company’s legal team is closely monitoring the situation

Citing loss of revenue, jobs and shareholder value Neumeyer said in an interview with SGT Report that his company will likely be preparing legal action against the bullion banks involved in the rigging of prices.

I have an intimate knowledge of what goes on on the trading floors… how front running occurs, how wash trading occurs, how spoofing occurs… I’ve been looking for an opportunity to step in… I’ve been very vocal… I’ve talked to many executives that are running other silver companies… When the Deutsche news came out I sent an email to the law firm that’s responsible for this lawsuit and I had a conference call with two lawyers… we spoke about this case… I can tell you that a couple of the CEO’s of some very prominent silver companies in the States have no interest in pursuing this… Other CEOs have said that they are interested in pursuing this with First Majestic.

We’re monitoring this. We’re going to follow it. We’re likely going to, at some point, add our name to the class action lawsuit.

Watch the full interview detailing Neumeyer’s views on global cash bans, what silver prices may do once the manipulation comes to an end, how precious metals will be affected by the incoming Trump administration, current supply and demand fundamentals and an update on his latest projects including Silver One Resources:

Neumeyer and what appears to be a handful of other CEO’s in the industry are preparing to declare war on the banks that have been responsible for the price suppression schemes many knew to exist but couldn’t prove until now.

The problem was that the fox was left to guard the hen house, which of course led to an inevitable bloodbath:

…It is manipulation and it’s used frequently. There’s ways that the regulators can monitor it. They can see it happening. The exchanges know when false bids and offers get put into the system… Yet, the exchanges don’t step in because the exchanges are owned by the banks… and the banks are doing that kind of trading… It’s the self policing system, which doesn’t work because no one wants to police themselves because they’re all making too much money.

How does Bank of America or JP Morgan not have a losing day year-after-year of trading… it’s actually impossible… traders lose money… it happens all the time… yet they have not had a single losing day for at least a couple of years as far as I know.

As Neumeyer correctly highlights, it’s impossible for a trader or firm to have such a perfect record, unless of course they are working the system, which certainly appears to be the case based on the evidence.

Now that market manipulations have been proven at the highest levels of the bullion banking system, and with the pressure of lawsuits mounting, there is a distinct possibility that precious metals prices will be allowed to trade freely on the open market.

Such a development bodes well for precious metals investors, especially with Donald Trump set to take over the Presidency in a few short weeks. Neumeyer notes that several Trump appointees are gold-friendly, which could add further upside potential:

On a positive note regarding Trump, he’s got a couple of pro-gold individuals that he’s appointed to his inner circle and I’m looking forward to them starting to make some gold favored policies that will help us as a mining company and our investors as well.

Summing up, Neumeyer hints that precious metals could do very well in the years to come:

We’re in very uncertain times… the world is changing.

If history is any guide, global changes of this magnitude mean that the entrenched systems run by central banks and Deep State politics are set to be destabilized on a level we may have not witnessed in our lifetimes, which means assets like bitcoin, gold, and silver could become the safe havens of choice for investors.