It Begins: Legislators To Introduce Bill That Would Nullify Obamacare in Georgia 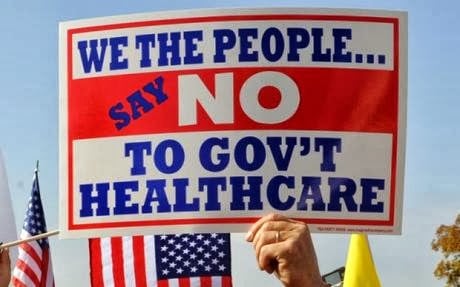 Originally published at The Daily Sheeple

Four state representatives announced today that they are introducing legislation to block Obamacare in Georgia.

State representative Jason Spencer (R-Woodbine), with three other representatives, will hold a press conference on Monday, Dec. 16 to discuss the proposal.

In a press release, Rep. Spencer explained the bill’s goal:

“The bill’s main thrust is to prohibit state agencies, officers and employees of the state from implementing any provisions of the Affordable Care Act, leaving implementation entirely in the hands of the federal government, which lacks the resources or personnel to carry out the programs it mandates.”

Michael Boldin of the Tenth Amendment Center explained the legal grounds for state nullification of Obamacare, and the possibility of other states following suit:

Based on the long-standing legal principle, the anti-commandeering doctrine, the legislation is on strong legal grounds. In four major cases from 1842 to 2012, the Supreme Court has consistently held that the federal government cannot “commandeer” states, requiring them to enforce or expend resources to participate in federal law or regulatory programs.

Tenth Amendment Center (TAC) national communications director Mike Maharrey suggested that a large-scale effort would be coming in 2014. “Kudos goes out to all the people in South Carolina who have worked the past year to get things this far.  And kudos to Jason Spencer for stepping up to support their effort. Our contacts here at the Center tell us to expect at least ten other states considering similar legislation in 2014, but it’s going to require people getting on the phone with their state reps and senators to make that happen.”

Maharrey said that TAC’s state-plan to nullify Obamacare includes four key parts. The main part, as bills in South Carolina and Georgia are proposing, would ban the state from enforcing or providing material support for the enforcement of the Affordable Care Act. The plan also includes a rejection of the Medicaid expansion, steps to reduce the impact and enforcement of the mandate tax, and press for an ongoing challenge to the taxes themselves.

“Each piece might seem like a small piece of thread,” said Maharrey. “But when you tie all kinds of threads together you have a strong piece of rope.  By refusing to comply in multiple states and various areas, we’re going to pull the rug right out from under Obamacare.”

South Carolina fast-tracked a bill entitled “South Carolina Freedom of Health Care Protection Act” (H.3101), the basis of which is the anti-commandeering doctrine:

“Congress can pass laws, but it cannot compel the states to utilize either their treasury or personnel to implement those federal laws,” explained state Sen. Tom Davis.

The Tenth Amendment Center has outlined the steps to follow to nullify the Affordable Care Act at the state level. Several other states have introduced legislation to nullify the law, and perhaps South Carolina and Georgia will inspire more to do the same.

Lily Dane is a staff writer for The Daily Sheeple – Wake the Flock Up!