Is North Korea On “Death Ground” With No Recourse But To Fight Or Die? 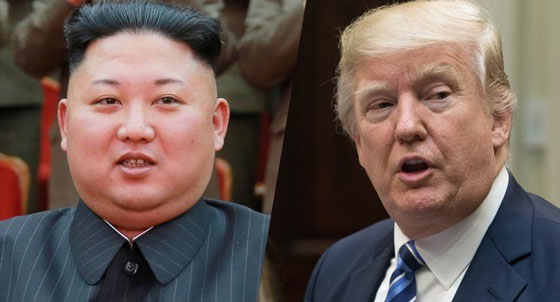 Fox News reported this on October 11, 2017, in the article North Korea says Trump ‘Lit the Wick of War,’ vows a hail of fire:

“On Wednesday, the U.S. and South Korea flew two strategic bombers over the Korean peninsula in a joint military exercise — another show of force against Pyongyang amid the mounting tensions. The bombers also conducted firing exercises over the East Sea and Yellow Sea, according to the BBC. Japan’s air force also joined the drill.  This is the second time since Trump’s fiery U.N. General Assembly speech that North Korea vocally accused the U.S. of declaring war on its country. Trump lambasted “little rocket man” Kim Jong Un for going on a “suicide mission for himself and his regime” in the speech last month. He vowed to “totally destroy” the country if it did not halt its nuclear program.”

Additionally, this information was released in the article North Korea Hackers Reportedly Stole US, South Korea War Plans, by Fox News on October 10, 2017:

“A plan to assassinate Kim Jong Un and preparations for a potential nuclear showdown with North Korea were among the trove of South Korean military documents reportedly stolen by Hermit Kingdom hackers.  South Korea’s Defense Ministry did not comment on the alleged hack, which reportedly occurred in September 2016 but was only revealed Tuesday. Rhee Cheol-hee, a lawmaker in South Korea, confirmed the data breach to the BBC. The hack consisted of 235 gigabytes of military documents and about 80 percent of what was stolen hasn’t been identified.

Pentagon spokesman Army Col. Rob Manning told reporters on Tuesday: “I can assure you that we are confident in the security of our operations plans and our ability to deal with any threat from North Korea.”  Manning would not confirm the hack.  Pyongyang is suspected of having expert hackers attack South Korean government websites and facilities for years. North Korea has accused its neighbor of “fabricating” the claims, the BBC reported.”

There was also an incident pursuant to the UN sanctions (initiated by the US) on North Korea, as reported by Reuters on October 11:

“The United Nations Security Council has banned four ships from ports globally for carrying coal from North Korea, including one vessel that also had ammunition, but the United States postponed a bid to blacklist four others pending further investigation.  The vessels are the first to be designated under stepped-up sanctions imposed on North Korea by the 15-member council in August and September over Pyongyang’s sixth and largest nuclear test and two long-range ballistic missile launches.  The Security Council North Korea sanctions committee, which operates by consensus, agreed at the request of the United States, to blacklist the ships on Oct. 3 for “transporting prohibited items from the DPRK” (North Korea), according to documents seen by Reuters on Tuesday.”

As mentioned in the articles, the U.S. just flew (and has been flying) bomber missions…ostensibly for “combat readiness,” but realistically to torment North Korea.  Along with the hacked into battle plans, it has been reported that an assassination plan against Kim Jong Un was also among the plans.  Now the UN (at the request of the U.S.) is interfering with North Korea’s ability to ship materials abroad.

The U.S. is rapidly approaching the point of placing North Korea on the “Death Ground,” characterized in Sun Tzu’s “Art of War.”  This “Death Ground” is an untenable position where an enemy has no recourse but to fight or die, as honorable withdrawal is not permitted.

We have a president who is not acting in the manner of a statesman with the name-calling and insults…actions that are unbecoming for a man who is the Commander-in-Chief and leader of the United States of America.  Diplomatic channels are not being properly pursued.  China and Russia have each stated that North Korea will not back down, and that diplomacy needs to be placed in clearer focus and sought after.

The United States is deliberately trying to goad North Korea into taking an action (not necessarily an attack) that will justify a response in force.  Un knows what happened to Iraq’s Saddam Hussein and Libya’s Muhammar Khaddaffi…two nations that did not have nuclear weapons.  The North Koreans know that to disarm is to capitulate.  They also know that the U.S. will not strike first without irradiating South Korea, China, or Russia, and such will elicit repercussions from China and Russia.

North Korea does have the capability to strike the United States, and the United States is backing it into a corner with provocative actions militarily and unstatesmanlike banter that does not befit or dignify representatives of the country.  North Korea has been backing up into a corner for some time.  There will come a point when it can back up no longer, and will be forced to come out swinging.  It is undoubtedly all part of a larger plan.  The cost, however, will not be borne by the politicians, but by the civilian populations.  The price remains to be seen.

The next world war will be initiated by an EMP device detonated over the continental United States, followed by a nuclear exchange and fighting with conventional forces.