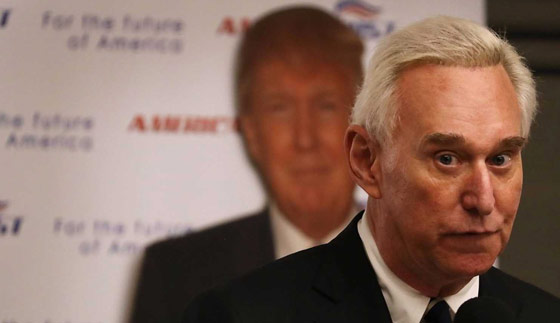 President Trump has taken a lot of flack recently, first for his direct strike on a Syrian airfield using 59 Tomahawk missiles, then for responding to North Korean rhetoric and nuclear testing by deploying a Naval Strike Fleet to the region, and finally for dropping the world’s largest non-nuclear Mother Of All Bombs on a cave complex housing as many as 800 Islamic State fighters.

For many, it appears on the surface that Donald Trump, the military industrial complex and Deep State operatives behind the scenes have war on their minds.

The criticisms leveled at the President are certainly the result of real concern from his constituents, especially since as a candidate he promised to change the system and root out its corrupt and warlike culture, only to turn around and take three significant military actions within his first 100 days in office. Even if those who have railed against the President are wrong, at the very least one could argue that the criticisms are necessary in order to maintain a cross-check on the actions of the Executive Branch.

But political insider Roger Stone, who at one point was head of Trump’s campaign, says that the President’s recent decisions prove he is a man of action who is very much uprooting the strategies, tactics and geo-political machinations of the old guard.

According to Stone, who joined Infowars.com host Alex Jones in an interview over the weekend, President Trump is moving to permanently resolve the world’s most pressing conflicts, some of which have spanned decades:

Whenever Donald trump has all the information he will almost invariably make the right decision… This is what’s happened here.. He elected to do a limited Syrian strike… His advisors immediately saw an opening to propose a full Vietnam-style ground war… 150,000 troops… The defense contractors were licking their chops they were so happy… the bad news for them was that so many Libertarians, so many non-interventionists, so many patriots, so many Trump supporters expressed their opposition or concern both publicly and privately that Trump now had the correct focus,.. Over the objections of his Defense Secretary Mattis… Over the objections of [National Security Advisor]  McMaster he has elected not to expand the war… to move on.

In the same breath, the President’s critics tried to say ‘oh, he’s flip-flopping on China… he didn’t break their arm about currency manipulation and our trade relationships… he’s obviously abandoned those things’.

No, he hasn’t abandoned those things at all… all he’s doing is prioritizing them… getting the nukes out of the hands of a maniac in North Korea and getting China’s help to do that, which appears to be happening, is a higher priority for the President right now than currency manipulation or trade… Believe me, the Chinese are going to hear about that from Trump but right now there’s a lot of good signs… If confirmed, this rejection of these enormous shipments of coal from North Korea and the replacement of these orders to purchase coal from U.S. companies by the Chinese is highly symbolic… The Chinese are trying to tell the North Koreans, ‘quit screwing around or we’re going to have to join the coalition to take you out.’

This is all Trump diplomacy… It’s working… It’s really working.

I think the Chinese have now agreed to work with us in a partnership to slow the North Koreans down and get them out of the nuclear business… That alone would be a major breakthrough because as you point out, in the past they have been unwilling to get involved.

As far as the MOAB bombing in Afghanistan… Donald Trump was very forthright in his campaign that he was going to crush ISIS.

ISIS is a loose end created by the foreign policy of the globalists, George Bush, George W. Bush, Hillary Clinton, and Barrack Obama.

Trump doesn’t have the option of doing nothing… but with a non-interventionist foreign policy going forward we won’t be creating any new organizations like ISIS.

As both Jones and Stone suggest, Trump’s latest moves are actually a step in the right direction, as they are cleaning out the mess created by his predecessors.

Is President Donald Trump doing the bidding of the Deep State?

Or are his latest military actions a long-term strategy designed to finally and completely eliminate the decades’ long threats America has faced under previous globalist leaders?

Professor Who Predicted Trump Win Says He’ll Be Impeached By 2018: “The President’s Own Party Will Turn On Him”