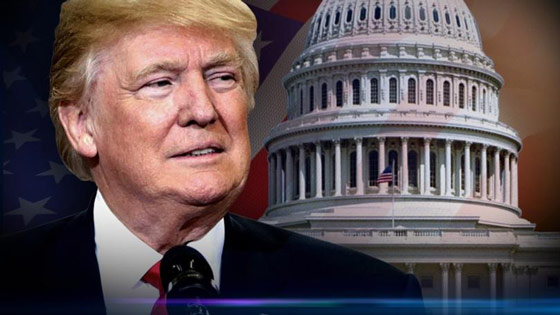 In yet another example of obvious disinformation being pushed by the establishment media, noted liar and MSNBC host Brian Williams took to the airwaves Wednesday to complain about the presidents use of the word “sovereignty” before interviewing a former CIA operative who declared that the literal idea of putting ones country first somehow “plays into Putin’s playbook”.

Responding to President Trump’s repeated use of the word sovereign and sovereignty during his recent United Nations speech, Williams worried if this was a dog whistle signal to the liberal world order that the United States was no longer looking to world governing bodies for guidance.

“Back to this use of the sovereign and sovereignty,” Williams said as he spoke to mainstream media reporter Anita Kumar. “Did you hear a buzzword or a dog whistle in his repeated use of that world?”

“You know it caused me to go back through and count how many times and so he used that word sovereign or sovereignty 21 times,” a clearly triggered Kumar stated. “It was definitely the word.”

Pretending not to know what the word sovereignty means, Williams than asked his guest who in turn was only to happy to take shots at the entire idea of putting ones own country first.

“It just means what he was talking about from the beginning which is America first, we’re going to go it alone,” Kumar laughably claimed before moving into the heart of the real reason that the establishment doesn’t want America put first. (Hint: They actually care more about the United Nations than America itself)

“That really undermines to me the UN which is where he was today, NATO, EU places like that. International bodies he was really saying, don’t matter as much anymore,” Kumar continued.

Apparently in leftist insanity land Trump is the bad guy because he is directly going up against the very international bodies that the American people voted against in the 2016 election.

Amazingly, this wasn’t the only open propaganda during the segment, as Williams also turned to former Chief of State for the DOD and the CIA under the Obama administration Jeremy Bash who openly declared that the entire idea of economic nationalism was a Russian ideology that plays into “Putins playbook”.

You truly can’t make this nonsense up. Deep state operatives are now telling the American people that making their OWN country stronger helps the Russians. This has taken the level of Trump derangement syndrome to an all-time high.

The segment also makes clear the transparent fact that the large majority of mainstream media talking heads are globalists first and Americans second (or third in some cases).

As Steve Watson so rightfully noted, “To these unabashed globalists, even hearing the President use the word ‘sovereign’ is a trigger.”