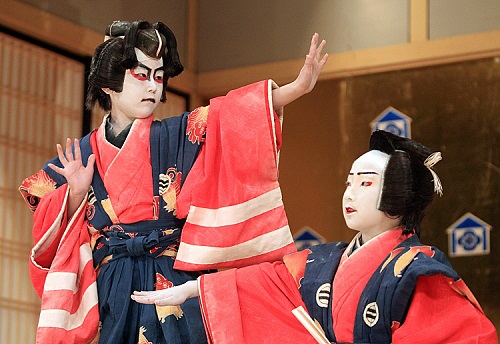 The greatest tool at the disposal of globalists is the use of false paradigms to manipulate public perception and thus public action. The masses are led to believe that at the highest levels of geopolitical and financial power there is such a thing as “sides.” This is utter nonsense when we examine the facts at hand.

We are told the-powers-that-be are divided by “Left” and “Right” politics, yet both sides actually support the same exact policy actions when it comes to the most important issues of the day and only seem to differ in terms of rhetoric, which is meaningless and cosmetic anyway. That is to say, it’s nothing but Kabuki theater.

In terms of geopolitics, we are told that national powers stand “at cross-purposes;” that they have different interests and different goals, which has led to things like “trade wars” and sometimes shooting wars. Yet, when we look at the people actually pulling the strings in most of these countries, we find the same names and institutions. Whether you are in America, Russia China, the EU, etc., globalist think tanks and international banks are everywhere, and the leaders in all of these countries call for MORE power for such institutions, not less.

These wars, no matter what form they take, are a circus for the public. They are engineered to create controlled chaos and manageable fear. They are a means to influence us towards a particular end, and that end, in most cases, is more social and economic influence in the hands of a select few. In each instance, people are being convinced to believe that the world is being divided when it is actually being centralized.

The key to any magic show is to get the audience to participate in the lie; to get them to focus on the distracting hand, to assume that what they are seeing is actually what is really happening – to suspend their skepticism.

Make no mistake, what we are seeing in geopolitics today is indeed a magic show. The false East/West paradigm is as powerful if not more powerful than the false Left/Right paradigm. For some reason, the human mind is more comfortable believing in the ideas of division and chaos, and it often turns its nose up indignantly at the notion of “conspiracy.” But conspiracies and conspirators can be demonstrated as a fact of history. Organization among elitists is predictable.

What do they have in common? They seem to exhibit many of the traits of high level narcissistic sociopaths, who make up a very small percentage of the human population. These people are predators, or to be more specific, they are parasites. They see themselves as naturally superior to others, but they often work together if there is the promise of mutual benefit.

The closest thing I can relate narcissistic sociopaths (and thus globalists) to in mythology would be vampires. I have often wondered if the concept of “vampires” was created as a way for the peasants of the dark ages to explain the soulless and monstrous behavior of the elites of their time. The notion that any person is capable of that kind if evil, let alone organized evil in the form of a cabal, is hard for people to accept to this day.

Vampires in mythology are usually depicted as elites, hiding in plain site as leaders of communities in the upper echelons of society. They seek out a village, insert themselves as upstanding patrons and aristocrats, then feed until that village is destroyed. Afterward, they move on to the next village.  This is what they are. This is what they do, and they do it in organized fashion to make the process more efficient.

It takes a village to feed a vampire, or a narcissistic sociopath.

I relate this metaphor because I think it’s important for the average person to understand what we are really dealing with here. When some people recoil at the notion of a syndicate at the highest levels of finance and politics working towards nefarious purposes, they should know that this is easily explained not only in terms of historic myths and archetypes, but in well documented psychological study.

Analysts and activists within the liberty movement have proven impressively immune to many of the narratives and lies of conspiratorial globalists, which is why they are now the main target of multiple propaganda campaigns. Globalists don’t feel comfortable climbing into their coffins to sleep during the day while so many Van Helsings are lurking about exposing their activities.

The latest propaganda effort I have seen is the narrative of the “multipolar world” developing in the wake of what the IMF refers to as the “global economic reset.” In fact, the term “multipolar world” is being used in alternative media circles a lot these days, and this is once again a ploy designed to con us into believing that centralization is no longer a threat and that the divisions we see are real rather than fabricated.

Under the multipolar narrative, we are told that the shift away from the U.S. dollar as the world reserve is now happening and that this is being led by Eastern political powers seeking alternatives. This is true, to a point.

Liberty activists and analysts are particularly susceptible to the idea because it plays on our desire to see the longstanding dollar-based empire of the Federal Reserve fall into the oblivion it deserves.  The problem is that the narrative is based on the fraudulent assumption that the globalist empire is rooted in the “American empire.”

Here are the facts:

Globalist influences are hyper-present in eastern nations. For example, Vladimir Putin, who is often depicted as some kind of anti-globalist hero in liberty movement discussions, is not anti-globalist at all. Putin was “discovered” by vocal new world order proponent Henry Kissinger decades ago in the early 1990s before he took on the role as acting president of Russia. Putin relates his first meeting with Kissinger and their longstanding friendship in the book First Person, his autobiographical account of his early career.

Contrary to popular belief in the liberty movement, Putin DID NOT kick out international banks or remove their power structures during his presidential rise. In fact, Rothschild banks still operate in Russia to this day, while Goldman Sachs and JP Morgan continue to act as the largest investment banks in the country.

The globalist presence in Russia is perhaps why the nation developed such a close relationship with the IMF after the fall of the Soviet Union, why they continue their ties to the IMF an the Bank for International Settlements to this day and why the Kremlin has in the past called for a new global currency system controlled by the IMF.

China has also called for the same new monetary system, not decentralized, but completely centralized under the IMF. China has been under the influence of the Rockefeller Foundation since around 1915, when they opened a university in the country based on the University of Chicago.  China continues its ties to the globalists through the BIS and IMF, and Goldman Sachs is heavily involved in Chinese government activities and business arrangements. Only last year, Goldman established a $5 billion deal with an arm of the Chinese government to make it easier to purchase companies and assets within the United States. Donald Trump praised the deal as beneficial to the U.S., which is not surprising considering the number of Goldman Sachs alumni Trump has involved in his cabinet.

Trump has also had extensive dealings with the globalists, including Rothschild connected banking elites for the past 25 years. Wilber Ross, an investment banker working for the Rothschilds, was the primary agent that bailed Trump out of his considerable debts surrounding his Taj Mahal casino in Atlantic City. After Trump’s rise to the White House, he made Wilber Ross commerce secretary and Ross now heavily promotes the developing trade war.

Clearly, there is no “division” between the world’s political leaders when it comes to who they are allied with. International banks  and globalist think tanks are involved with ALL of them. But what about the rest of the world in general? Isn’t the trade war causing division and decentralization among nations and economies? When you look at the very top of the pyramid, the divisions vanish.

Consider Russia’s ongoing oil pipeline deal with Germany, or Russia’s latest deal to allow China to farm over 2.5 million acres of Russian land, helping directly combat U.S. sanctions. Or what about the Caspian Sea deal between Russia, Iran and multiple other countries to end the dispute over the region? And how about China’s defiance of sanctions on Iranian oil? Or the EU’s growing protests over US interference in their oil trade with both Iran and Russia?

These are just some of the latest examples of the rest of the world melding into a larger conglomerate in the wake of the trade war. The trade war is bringing all these supposedly disparate countries together in a way that is rather convenient for globalists. If we take into account the reality of globalist influence in all major economies, then we have to also take into account the possibility that the “global economic reset” is not about a “multipolar world,” but an even more centralized unipolar world. A world which sacrifices the U.S. model along with the dollar as world reserve and replaces it with something EVEN WORSE.

In the meantime, liberty activists are lately being told that they should rally around the death of dollar and the global reset as if it is the end of globalism. In other words, we are supposed to stupidly believe that the shift to the new world order is “decentralization” simply because they call it “multipolar.” Just because the U.S. is no longer the face of the beast does not mean the beast is gone.

Profit from diamond ownership at Deluxe Diamond Investments. Buy from DDI at the wholesale level and we will sell for you at the retail level. You’re not buying from a jeweler, but buying the way jewelers do! Profit from the spread between retail and wholesale price. Diamonds are a globally recognized medium of exchange, easy to transport and store, a private and discreet form of wealth transfer, and a great hedge during financial and political instability. Visit:  deluxediamondinvestments.com