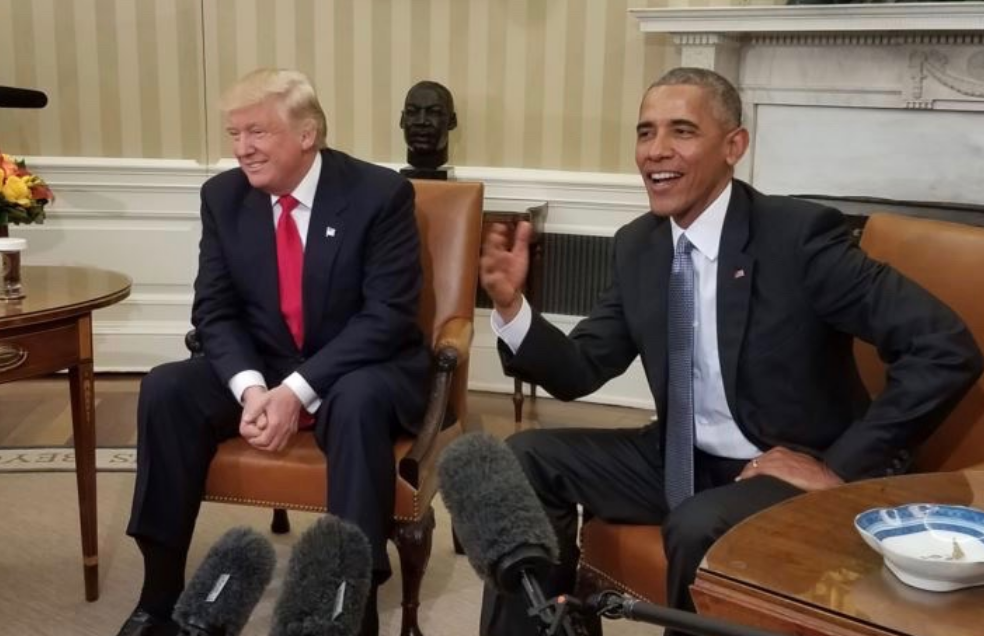 Who said anything about a smooth transition? Somebody is turning over the tables, and jamming the doorways, anything to impede the next occupant.

A “bitter” President Obama is apparently trying to block as many actions of the next president as possible before he leaves office, setting up regulatory roadblocks and executive actions across the board that are apparently designed to impede President-elect Trump’s agenda before it even gets started.

From Russian espionage, to oil drilling policies, Muslim immigration and Israel, the sharp differences between President Obama and President-elect Trump are lending towards a tense transition, rather than a “smooth” and cooperative one.

It reveals a deeply divided country, with many people desperately supporting Trump as a means of undoing two terms of what many see as an anti-American influx of foreign populations and influence.

President Obama has taken a number of unilateral actions in the waning days of his tenure that appear designed to box in President-elect Donald Trump.

Obama’s decision Thursday to sanction Russian entities for election-related hacking is just the latest obstacle he has placed in Trump’s way.

Obama has also permanently banned oil and gas drilling across large swaths of the Atlantic and Arctic oceans, closed off 1.6 million acres of Western land to development and scrapped the last vestiges of a registration system used largely on Muslim immigrants.

Should Trump seek to scrap the sanctions on Russia next year, it could trigger a fight with congressional Republicans, who mostly praised the retaliatory steps… Speaker Paul Ryan (R-Wis.) called the sanctions “overdue.”

Meanwhile, by dismantling the dormant National Security Entry-Exit Registration System, Obama could slow any possible effort Trump makes to set up a registry for Muslims in the U.S. The system could have served as a foundation for a new Trump program.

It remains unclear whether or not any of these efforts will in fact get in the way of the overall tone and actions of Trump’s presidency, but it is certainly indicative of the bitter divisions held by the major political factions in the country.

Trump has responded via Twitter, attacking President Obama for his attempt to undermine his future authority.

Doing my best to disregard the many inflammatory President O statements and roadblocks.Thought it was going to be a smooth transition – NOT!

Classic proof of why any president should not have unilateral power, or the ability to simply decree things into law under the cover of darkness, a lack of debate and general media silence.

It continues to be a sharp rebuke against people who elected Trump on the basis of their opposition to the current regime and the increasing totalitarian nature of Democratic operatives that would have taken power under Hillary.

Can Trump Deliver What Obama Didn’t? “People Wanted Major Change In 2008… They Still Want It”