Because of everything that’s happened and is STILL occurring, many have lost sight of the fact that the Federal Reserve, Congress, and Treasury department have just PUT THEIR JOCKSTRAPS ON and defended the system from swirling into a hyper-deflation default free fall that could have taken the system DOWN for good.

As you know, I’m not exaggerating. The Federal Reserve has embarked upon operations that make Bernanke look like a believer in limited government compared to Jerome Powell’s EMERGENCY measures. Not only did he slash rates to next to ZERO, but he is also implementing INFINITY QE, open-ended swap lines with Europe (to keep their banking system alive), $1T DAILY repo lending, and is buying corporate debt, stocks, bonds, mortgage-backed securities, making small-business loans, and BLANKETING the global economy with UNRIVALED liquidity.

I’ve never been more certain that precious metals and mining stocks are going to stage a STUPENDOUS rally that might be the LAST bull market under the dollar system! 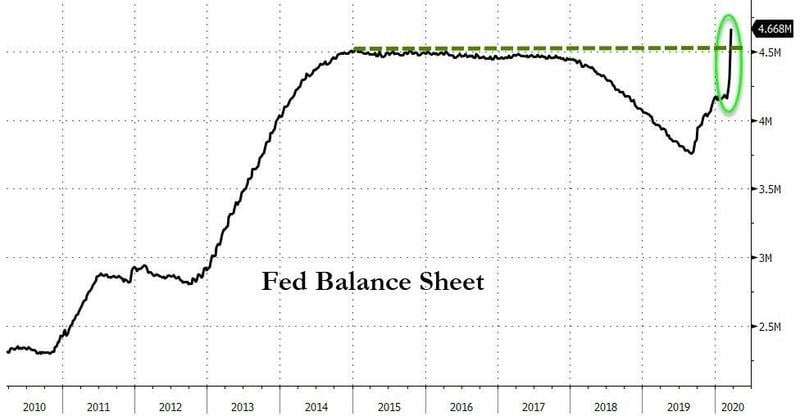 As you can see, the Federal Reserve is on a SUREFIRE trajectory to double the size of its balance sheet because the U.S. Government has funding requirements that are too large to be met by normal lenders (foreign countries and domestic investors).

In the next 2-4 years, the Federal Reserve will be buying between $3T-$5T worth of bonds, and that will make the NATIONAL DEBT rise quickly towards the $30T range.

NO ONE on this planet wants the dollar to become weaker more than the people in Washington, and this is the only time I believe politicians when they say they will debase it.

What I’m telling you is that since we’re not on a gold standard and since China is hoarding gold, Washington’s best weapon is to reprice gold through some legal procedure.

When they do it, every foreign country that owns gold has just lost 50% of its DOLLAR PURCHASING POWER!

This was done by Franklin Delano Roosevelt, in a sense, and I believe it is one way to lighten the burden of debt without defaulting. 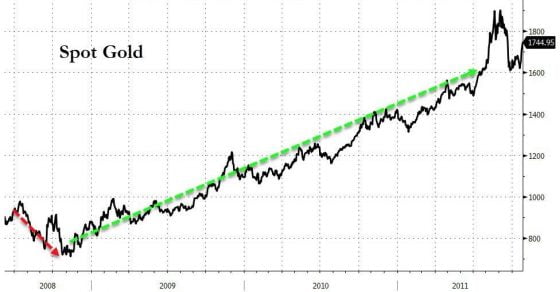 In our last HYPER-DEFLATION meltdown and rush to cash, which happened in 2008, it soared over 100% from its bottom to its top. Silver JUMPED by close to 500%, making both incredible candidates for the reflation.

The mining shares, though, were far more lucrative.

This is a great time to consider taking profits on our FANTASTIC numismatic trade from last August and to assume a CASH-RICH balance, as we get ready to begin nibbling at the juniors.

I’m working feverishly to put together the ULTIMATE SHOPPING LIST, and it will be completed shortly.

What’s already been done can’t be put back in the box.

The fiat monetary system is predictable once it HITS extremes. Right now, we saw a $12T LIQUIDITY SQUEEZE in the dollar. That cash needs to go back into equities. Is it a safe bet to predict that with bonds at ZERO RATES, no matter which country you look at, GOLD is far more attractive than ever before? And with mines GETTING SHUT DOWN, are the junior miners like MINI-ROCKETS on their way to new heights?