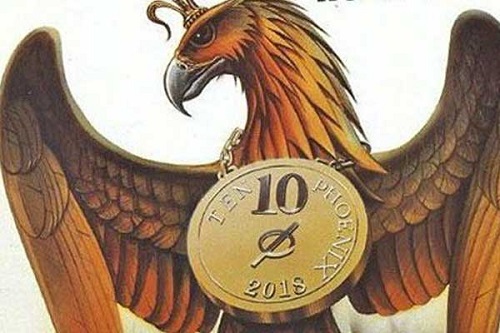 There are two kinds of globalist schemes: First, there are the schemes they spring on the public out of nowhere haphazardly in the hopes that the speed of the event along with some shock and awe will confuse the masses and make them psychologically pliable. This strategy loses effectiveness quickly, though; the longer the plan takes to implement, the more time the people have to reconsider what is actually happening and why.

Second, there are schemes they slowly implant in the collective psyche of the citizenry over many years, much like subliminal messaging or hypnosis. This strategy is designed to make the public embrace certain destructive ideologies or ideas as if these ideas were their own.

The cryptocurrency scam is of the second variety.

I have been suspicious of the cryptocurrency narrative of a “decentralized and anonymous monetary revolution” since 2009, when I was first approached by people claiming to be “representatives” of bitcoin and asked to become a promoter of the technology. After posing a few very simple questions and receiving no satisfactory answers, I declined to join the bandwagon or act as a frontman.

The “currency” was backed by nothing tangible (and no, math is not a tangible resource). Anyone could create a cryptocurrency out of thin air that had attributes identical to bitcoin, therefore there was no intrinsic value to the technology and nothing stopping the creation of thousands of similar currency systems, eventually making bitcoin worthless. The scarcity argument for crypto was fraudulent. And, in the event of a grid down or an internet lock-down scenario (as has occurred in the past in nations under crisis), crypto was useless because the blockchain ledger was no longer accessible.

Trading with private wallets made little sense; how many people were you likely to run into in your community with a bitcoin wallet? The amount of time and energy required to accumulate these digital nothings seemed counterproductive to me in light of the fact that they might not be there when you actually needed them.

The only attributes that truly made bitcoin valuable were its branding and the amount of hype that was generated around it. But branding and hype are not enough to sustain a currency revolution. There was one other valuable characteristic — the supposed anonymity. In 2009, it was not clear whether this was legitimate. Today we now know that ANY cryptocurrency that is based on a blockchain ledger is highly traceable. There are no anonymous digital transactions no matter how savvy a person thinks they are.

I was also suspicious of the behavior of some bitcoin proponents in web forums. Anyone presenting concrete criticism of the technology was met with aggressive Alinsky-style attacks. They were accused of being “ignorant barbaric gold stackers” that were too stupid to understand the “genius” of the blockchain and how it works. Disinformation was rampant. Claims of anonymity that had long been debunked were brought up over and over again. The value of bitcoin was faunted as an end-all-be-all argument as to why the critics were wrong. Bitcoin’s price was skyrocketing; therefore, bitcoin was legit.

These were the kinds of tactics I had seen used by disinfo agents in the past; people arguing in favor of the Federal Reserve or globalism in general, or the people claiming that man-made global warming was “self-evident”. This was not the behavior I had come to expect from liberty movement activists, who at that time were focused on facts and evidence to win the information war, rather than dishonest mind games and lies.

Conclusion — there was a concerted campaign to push liberty activists through “peer pressure” to adopt a pro-crypto stance. But who actually benefits from this?

Some investors in crypto made a considerable profit on bitcoin and other digital assets for a time, but today many of them are losing their shirts as bitcoin and most coins tumble in value. It is perhaps no coincidence that cryptocurrencies act as though they are anchored to the tech bubble in stock markets. As tech stocks flail and plummet, so too are crypto assets, because cyrptocurrencies are traded like equities in a bubble, not monetary mechanisms. Many of us who were averse to the bitcoin hype train often used the Dutch tulip analogy for why crypto valuations were absurd, and obviously that analogy was not far from the mark.

I wonder sometimes about the people who used to argue that bitcoin’s high value made its legitimacy self-evident; would they now concede with bitcoin’s plunging value that its legitimacy was in question? I’m guessing they probably won’t.

Crypto was also an effective distraction from people trying to build precious metals based alternatives to the the current economic environment. Bitcoin siphoned up activist energy and redirected it into something useless rather than a system that might truly threaten the central banking establishment.

Beyond that, the entire crypto-storm over the past decade has done one thing very well — it made the idea of cryptocurrencies a household discussion, and I believe this was the goal all along. Once I found growing evidence that international and central banks were deeply involved in building the infrastructure needed to make blockchain technology go global and universal, it became obvious that bitcoin and other coins were merely a pregame test for the introduction of something rather sinister.

In my article “The Globalist One World Currency Will Look A Lot Like Bitcoin”, published in July 2017, and in my article “The Virtual Economy Is The End Of Freedom,” published in December 2017, I outlined the questionable nature of cryptocurrencies and the blockchain and why the banking elites seem to be so interested in them.

It was odd that bitcoin was built around the SHA-256 hash function created by the National Security Agency, and that the entire concept was remarkably similar to what was described in an NSA paper published in 1996 titled ‘How To Make A Mint: The Cryptography Of Anonymous Electronic Cash.’

Then, there were globalist institutions like Goldman Sachs coming out publicly in praise of crypto and blockchain tech. And, finally, central banks began entertaining the notion of moving into crypto, but they made it sound like they were approaching the idea half-heartedly, like it was a potential hobby.

So what ties the entire crytpo-scheme together? The International Monetary Fund has now openly revealed their affinity with crypto technology, and thus revealed the new world order end game.

In a paper published last week by IMF head Christine Lagarde titled “Winds Of Change: The Case For New Digital Currency”, the IMF builds its argument for why central banks including the IMF should embrace crypto as the future of monetary policy.

As I warned last year, the shift into crypto was not at all a “revolution” against the globalists, but a con designed by the globalists in part to get liberty proponents to become unwitting salesmen for the next phase of the economic control grid. But how do they intend this end game to play out?

In 1988, The Economist, a globalist publication, “predicted” (or rather, announced) that a global currency system would be launched in the year 2018.  It is now clear that crypto and the blockchain are that system. This system would eventually use the IMF’s Special Drawing Rights basket as a kind of bridge to a one world currency, which they referred to as the “Phoenix”. Though some people claim that the SDR itself is not a currency, globalists apparently disagree.

Mohamed El-Erian, former CEO of PIMCO, praised the idea of using the SDR as a world currency mechanism and as a means to counter “populism,” reiterating the plan outlined in The Economistin 1988.

In The Economist article, it is also hinted that the role of the U.S. as an economic center for the world and the role of the dollar as world reserve currency will have to be diminished in order to clear a path for the new world order system. We see this already taking place now, as we verge on an economic crisis which could easily collapse equity markets, bond markets, as well as the reserve status of the dollar itself.

Lagarde’s latest piece is written like a sales pitch, selling the idea of central bank crypto not to central bankers, but to the financial media. The media will undoubtedly run with the talking points Lagarde suggests and regurgitate them in a blaze of articles as to why global crypto controlled by the IMF is the solution to all our fiscal problems.

The very core of the movement toward global crypto, I believe, is the destruction of anonymity in trade through a “cashless society”. When all trade is watched, all trade can be controlled. Beyond this, by monitoring trade transactions on a macro-scale, globalists can also, in a way, monitor mass psychology and predict public behavior to a point.

Lagarde notes specifically in her article that anonymity from government oversight is unacceptable. She argues that any central bank cryptocurrency will have to ensure that private exchange is limited, and that centralized surveillance of transactions is warranted and necessary. What she of course fails to mention is that blockchain technology is already set up for government surveillance. It always has been. Not only this, but the very fabric of the blockchain requires that transactions are added to the ledger in order for the system to function. There is a built-in excuse for surveillance.

The only question is how exactly the IMF plans to attach the SDR basket to a crypto framework. This is not specifically described in Lagarde’s paper. I expect that this will not be a process of slow adaptations. Instead, it will be introduced swiftly in the midst of public panic.

The “everything bubble” created by central banks over the past decade is ready to pop. The Federal Reserve in particular has been enthusiastic about cutting off all stimulus measures, dumping assets from their balance sheet and raising interest rates into economic weakness during the worst corporate and consumer debt environment since 2008.

I suggest that the IMF already has a cryptocurrency mechanism ready to replace the dollar as world reserve, and that it will be infused into the SDR basket at the height of the coming crash. The fact that the IMF has been introducing central bank crypto talking points over the past year indicates to me that the crash is imminent.