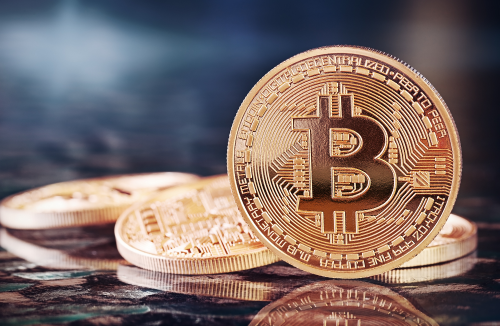 If you were aware of bitcoins seven years ago, you were probably mocking the idea of a cryptocurrency. After all, who would pay money for useless digits on a screen? But don’t feel too bad about not buying bitcoins when they were cheap. Even the people who were interested in bitcoins early on had no idea that they’d be worth anything.

That’s certainly case with Laszlo Hanyecz. On May 22nd, 2010, Laszlo made history when he made the very first purchase with bitcoins. He spent 10,000 of them to buy two measly Papa John’s pizzas. Considering the impressive rise in the price of bitcoins over the past few weeks, it’s safe to say that if he hadn’t made that purchase, his life would probably be very different right now.

On May 22, 2010, Hanyecz asked a fellow enthusiast on a bitcoin forum to accept 10,000 bitcoin for two Papa John’s Pizzas. At the time, Hanyecz believed that the coins he had “mined” on his computer were worth around 0.003 cents each.

Bitcoin mining involves solving a complex mathematical solution with the miner being rewarded in bitcoin. This is how Hanyecz got his initial coins.

The cryptocurrency has many doubters as it continues to be associated with criminal activity, but it has still seen a stunning rally. Here are two facts, on Bitcoin Pizza Day, however, that highlight this:

Of course, bitcoin isn’t the only cryptocurrency that has broken price records over the past few months. The combined market capitalization of all cryptocurrencies has been surging as of late. Most notably, the price of Ethereum has risen from $10 each in February, to nearly $180 today, making it the second most valuable cryptocurrency.

As for what’s driving this trend, there are several factors. There is the fact that Japan recently passed a law that allows stores to accept bitcoins as a legal currency. Since Japan is the world’s third largest economy, it’s no surprise that this law has pumped so much money into the cryptocurrency marketplace. Also, China has had a big impact on bitcoin over the past year. Lately, Chinese citizens have been exchanging their depreciating Yuans for bitcoins.

What could be one of the biggest drivers in this market, is political turmoil and uncertainty around the world. Bitcoin has long been considered a safe haven asset. In any country where there is a political or economic crises, you will find a lot more people trying to move their money into cryptocurrencies.

However, these cryptocurrencies are a rather strange safe haven. At the end of the day, they are just digits on a computer screen. They aren’t backed by anything. The only advantage they have over fiat currencies, is that they’re anonymous and impossible to inflate in most cases. It could be argued that gold and silver are much better safe haven assets. After the bitcoin price collapsed into oblivion in 2013 (which could easily happen again) I warned that there is only one asset that is truly a safe haven.

Only physical assets – the kind we can hold in our hand – can truly be called safe havens.

Food in your pantry that you can consume at anytime.

Skills and labor you can barter for other goods.

Precious metals, which have stood the test of time over thousands of years.

Land on which you can produce food and alternative power.

These are the assets that provide a realistic level of safety and security.

These are money when the system crashes and confidence in the paper ponzi schemes around the world is lost.

Bitcoin is fine for certain types of transactions. But having funds in Bitcoin is, obviously, no different than a deposit account at a bank which can go under or a stock market prone to manipulation.

If you want to protect yourself during a crises, there are only two things that will keep your finances above water. Physical assets, and the skills that will help your earn more money. Everything else will simply evaporate when the system collapses.

WHERE IS OUR MONEY: $473 Million In Bitcoins Vaporized As Mt. Gox Exchange Files Bankruptcy

BitCoin Down 50% In Massive Sell Off: Over $1 Billion Vaporized In A Few Hours