Here We Go Again: MONKEYPOX Is Next “Scariant” Being Unleashed To Demand Vaccine Compliance

This article was originally published by Ethan Huff at Natural News under the title: Here We Go Again: MONKEYPOX Is The Next “Scariant” Being Unleashed on the World to Demand Vaccine Compliance 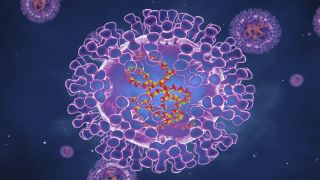 Oh no! Another scary-sounding disease called “monkeypox” is supposedly spreading, which means the powers that be are getting ready to unleash another round of plandemic tyranny that is sure to include yet another magical new “vaccine” delivered at warp speed.

The World Health Organization (WHO), which we know is actively engaged in bioweapons research, launched an emergency meeting in the United Kingdom to discuss the alleged threat of monkeypox. The United Nations arm claims that “cases” of the disease are expected to “double” from nine to 18, requiring intervention.

Authorities are already stockpiling more smallpox vaccines, which they say will treat people who may have already been exposed to monkeypox. The UK government has about 5,000 injections in its existing national stockpile and has ordered another 20,000 as a supplement to that.

According to the “experts,” homosexual and bisexual men are the number-one spreaders of monkeypox, so perhaps there will be a “remedy” released just for them to help stop the spread.

“One potential course of action to be raised will be whether vaccination with the smallpox vaccine made by Bavarian Nordic, known as Jynneos in the U.S. and Imvanex in the UK, should be used for contacts of people known to be infected,” reports the Telegraph.

“The vaccine is only approved in the UK for protection against smallpox – despite the virus being eliminated since 1980 – but can be used ‘off-license’ to protect against [monkeypox].”

Is monkeypox a gay disease?

Even though ivermectin and hydroxychloroquine (HCQ) were completely off-limits for use against the Wuhan coronavirus (Covid-19) because that would have been off-label, it is apparently just fine to start injecting suspected monkeypox cases with smallpox vaccines.

The “experts” claim that the smallpox jab is the only non-replicating virus in the world for smallpox or monkeypox, reducing a person’s risk of disease by about 85 percent.

“If a person receives the jab within four days of infection, the vaccine can modify the course of the infection and improve their prognosis,” the Telegraph claims.

“There is growing concern over the outbreak, which constitutes at least nine cases in the UK and has been seen in various other nations. Health teams have been deployed worldwide to isolate and contact trace affected people, with gay and bisexual men urged to pay particular attention to any new rashes or lesions on their body, particularly their genitals.”

Of the nine cases of monkeypox that have been identified in the UK so far, six of them occurred in men who have sex with other men. This suggests that monkeypox might be a gay disease.

“We are urging men who are gay and bisexual to be aware of any unusual rashes or lesions and to contact a sexual health service without delay if they have concerns,” announced Dr. Susan Hopkins, the UK Health Security Agency’s (UKHSA) chief medical advisor.

Prof. Kevin Fenton, also of the UKHSA, added that he wants everyone to be “aware of the signs and symptoms, which include rashes around the mouth, as well as around the genital area.”

New cases of monkeypox are also said to be appearing right on schedule in France, Italy, Sweden, and Australia, as well as in the United States, Spain, Portugal, and Canada.

With the way the media is talking about monkeypox, it would not be any surprise to see this become the new “covid,” replete with mask mandates, social distancing edicts, and eventually jab mandates once another Operation Warp Speed-type vaccine drive is launched as the “cure.”