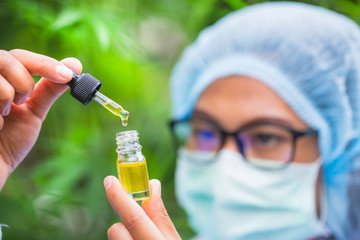 Healthcare teams in Canada have turned to CBD (cannabidiol) oil to help patients relieve their difficult dementia symptoms. Some disruptive behaviors have become increasingly hard to treat, and many say CBD is the answer.

According to CTV News, aggression and other disruptive behaviors linked to Alzheimer’s disease are notoriously difficult to treat, sometimes leading to patients being restrained or medically sedated. But now, there could be some relief in sight as some doctors are investigating the potential for success with a new strategy: CBD oil. Family members of dementia patients are saying CBD oil is helping their loved ones and “making a world of difference.” 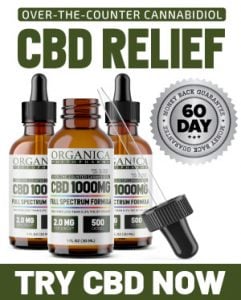 At an Ontario long term care facility in Fenelon Falls, David Scholey’s screams and yelling used to permeate the hallways.  However,  since he tried CBD oil two months ago, the 76-year-old’s dementia-related disruptions have declined. “Within a couple of days you could tell it was working because of the fact that he was a lot quieter, he was a lot calmer,” said Catherine Mantle, a registered nurse and care director at Fenelon Court.

David’s brother, William Scholey also noticed a major improvement. “I think it is wonderful for not only David but for people and family just to see that he is not… as anxious and frustrated,” he said. Sedatives just weren’t quite working for David either, making CBD an easy choice.

William Scholey says “the problem” with sedatives for his brother was that they made it more difficult for David to communicate simple things like which movies he wants to watch. “He’s a movie buff and he is constantly looking for new titles. He likes the old war and cowboy movies and stuff and David has a great memory in that regard,” Scholey said according to CTV News.

Scholey joked that his brother is now a “pothead,” but also said that the therapy doesn’t appear be making David “high.” That’s likely because CBD is not the chemical in cannabis that makes people feel euphoric. The “high” comes mainly from Tetrahydrocannabinol (THC).

As her caregiver, Tripp says the CBD therapy has been a godsend.

“I was so worn out from looking after her. It is hard enough looking after seniors but an Alzheimer’s patient is literally a 24/7 job. I was sleeping two hours a day. I was exhausted dealing with my own health issues,” he said.

“When we got her on the (CBD) therapy it solved so many of the volatility issues,” Tripp added. –CTV News

Of course, there is no “miracle cure” out there for very many ailments or diseases, but many are having success with CBD oil, and considering the ever-rising prices of Big Pharma’s side-effect inducing “cures”, CBD oil usage has become an easy decision for many.

New Study: CBD Compound Could Be A Weapon Against Deadly Superbugs