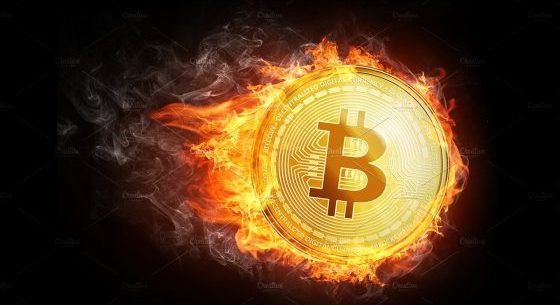 Mike Adams, the Health Ranger, puts it bluntly. He’s giving credit to those who bought Bitcoin initially and are selling now. But he doesn’t have such high accolades for those who are buying Bitcoin now, calling them the “greater fool.”

“The newbies getting in [to Bitcoin] who are, frankly, incredibly stupid, ah now, if you got in early and you were buying Bitcoin at $1 or $10 or $100 even; you sell now, that’s the best bet you’ll ever make in your life. It’s the best gain you’ll ever make. But if you don’t sell it doesn’t count, so you gotta sell and cash out in order to cash in.”

But that poses a bigger problem. “And who are you selling to?” asks Adams. “The new suckers who are buying in. The new people who are now mortgaging their homes to buy Bitcoin mining rigs this is the new insanity that’s been reported in the media…well…now it wouldn’t be worth it.” Adams continued saying, “the people getting in now though, are the ones who are going to get royally screwed.”

And what should those with some Bitcoin do, according to Adams?

“The name of the game now is to GET OUT,” Adams says. “Again, if you were an early adopter of Bitcoin and you’re sitting on some coinage, you know what you should be doing with that coinage? You should be buying, like, survival supplies quite frankly.  You should get yourself a good rifle, a Glock, some ammo, again, only if it’s legal in your area. Get a medical blowout kit. Get yourself a good knife, some cordage…you should be gearing out.”

Your Bitcoin can vanish because it isn’t real. But if you have gear, that gear will be yours for life.