Health Ranger: Authoritarians Rush To Take Your Liberties BEFORE The Coming Debt Collapse 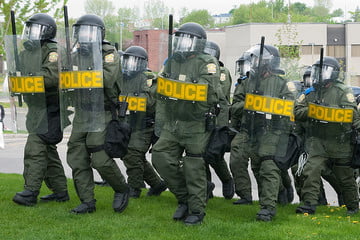 Mike Adams, also known as the Health Ranger, and the owner of the heavily censored website, Natural News, is warning of a massive push to take away basic human rights.  Adams says the before the coming debt collapse, authoritarians are going to remove every basic liberty you have.

“Are you baffled by the sudden aggressiveness of the push to confiscate your guns and silence your voice? Why are both the First and Second Amendments under such seemingly desperate assault by authoritarian tyrants?

The answer is that people in high places know that a global debt collapse is on the verge of breaking out, and when the chaos comes, they don’t want the masses to be able to speak out or fight back!”

They want you to be completely enslaved, disarmed and silenced. That way, globalists can exploit the unprecedented chaos to assert even more authoritarian control in the name of “emergency powers” that effectively end all civil rights. –Mike Adams, Natural News

Every single time there is a crisis, the weakest members of society use it as an excuse to give tyrants more power over the lives of innocent people. History has an uncanny way of repeating itself, and those who believe that somehow their basic human right to free speech and self-defense is “undeniable” are deluding themselves.  The government will not give back freedom once they’ve taken it.  Not willingly anyway.

The powers that be insist on being able to force vaccines into your body and corral you like cattle. They demand total control over your mind, your memories, your consciousness, your money, your health, your speech, and your liberties. No shred of individual liberty can be tolerated in their authoritarian society, and they will use the coming global debt collapse to crush dissent and even dispatch death squads to take out their political opponents. Martial law will be declared and, if they can sweep Trump out of power, a nationwide gun confiscation program will be initiated while declaring all gun owners to be domestic terrorists. (California has already jump-started the process by declaring the NRA to be a terrorist organization.) –Mike Adams, Natural News