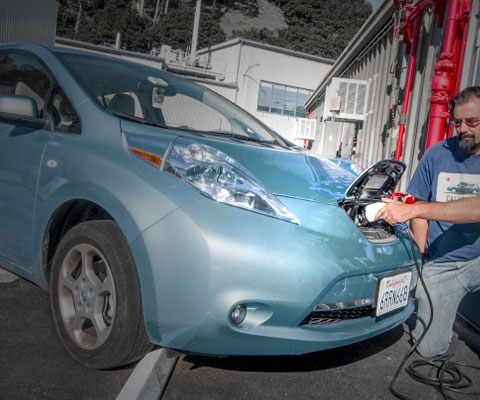 Think you own your car? Think again.

How much do we truly “own” of our own lives, anyway?

With income taxes, property taxes on homes and property, manipulations and interventions of the markets, the food supply and health care, education and many other areas, we may ultimately own very little. For now, our souls remain out of reach.

Automobiles, our ability to legally drive and our inherent freedom to travel are all under systematic attack.

Buying a car no longer means that you have own it, use it, alter it or modify it. Restrictions on drivers and advanced traffic monitoring are being met with the trickle down effects on auto manufacturers – the rules for emissions, safety standards and environmental regulations are being used to prevent individuals from tampering with computer-regulated motor technology.

It puts a whole new spin on the concept of the engine governor.

The government wants to control your car – how it’s made, what it comes equipped with and (of course) how you’re allowed to drive it. Now comes the other half of the pincers:

The car companies want to prevent you from working on the thing.

Modifications – performance enhancements – and even routine maintenance are to become illegal via the application (and enforcement) of the Digital Millennium Copyright Act (DMCA) to cars.

The straight jacket is slowly tightening – and, as usual, it is in the name of safety, security and peace of mind.

Your rights of mobility have been restricted by the rules placed on state-licensed vehicles, on environmentally regulated engine parts, and by computer-monitored sensors that act as a black box for authorities, and check for vehicle compliance on these and other matters.

Peters points to a statement from the Alliance of Automobile Manufacturers (a group to which all the major brands belong) arguing against allowing customers to “jailbreak” vehicles as they have done mobile phones:

Automobiles are inherently mobile, and increasingly they contain equipment that would commonly be considered computing devices. Proponents did not mention in – vehicle telematics systems (or any other aspect of motor vehicle systems) when describing the proposed class, and no commenter has submitted evidence in the record that would support an exemption that covers such systems. Nonetheless, Auto Alliance urges the Copyright Office to ensure that vehicles are not inadvertently swept into the exemption.

The security implications of action in this proceeding to permit the circumvention of access controls on vehicle electronic control units (“ECUs”) is particularly troubling. Many of the ECUs embodied in today’s motor vehicles are carefully calibrated to satisfy federal or state regulatory requirements with respect to emissions control, fuel economy, or vehicle safety.

Allowing vehicle owners to add and remove programs at whim is highly likely to take vehicles out of compliance with these requirements, rendering the operation or re-sale of the vehicle legally problematic. The decision to employ access controls to hinder unauthorized “tinkering” with these vital computer programs is necessary in order to protect the safety and security of drivers and passengers and to reduce the level of non – compliance with regulatory standards

Vehicle telematics, by the way, literally involved tracking and diagnostics in the vehicles equipped with computer ECU units. That’s what it is all about. As Wikipedia notes, the major application of vehicle telematics centers around vehicle tracking – “monitoring the location, movements, status and behaviour of a vehicle or fleet of vehicles.”

Now, DMCA copyright laws will compound the already strict requirements on car manufacturers to hamstring the ability of an individual to work on or modify their own vehicle.

Doing so would be noticed by the vehicle tracking systems, and would violate these regulations – prompting fines, legal action or even vehicle kill switches, disabling the car and preventing the owner from using it at all.

And now – drum roll, please – government (egged on by the car companies, which are big cartels and becoming indistinguishable from the government) has the right to criminalize any “meddling” by you with the car that could even theoretically compromise the saaaaaaaaaaaaaaaaaaaaaaaaaaaaaaafety of the vehicle.

Or its emissions output.

Or its gas mileage.

It will be become an actionable offense to use more gas than you’re allowed. Notwithstanding you paid for it. High-flow injectors? A conical air filter? $500 fine. Or maybe they just seize the car.

Or, just turn it off – remotely.

Essentially, you are free in so far as you are under their thumb and in compliance with any number of regulations.

You will make the payments – but you will only be allowed to use the car as decreed. And the enforcement mechanism is already in place.

It is already in the car.

Maybe time to get back to that classic car in the garage… just needs a couple of basic parts and some tweaking.